US President Barack Obama has cancelled a meeting in Laos with Philippine President Rodrigo Duterte, who had earlier called him a "son of a whore". 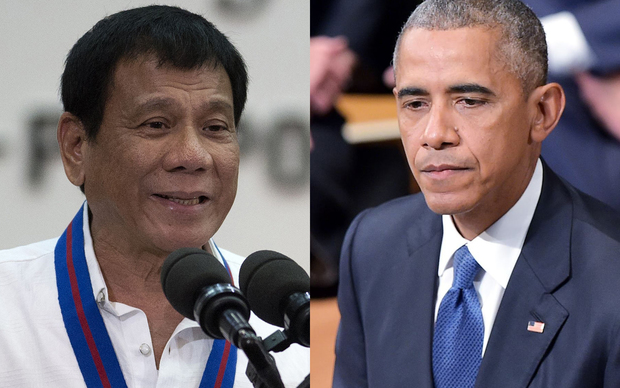 Mr Obama had said he would raise the issue of drug-related extrajudicial killings in the Philippines.

Mr Duterte said if he did that, "Putang ina (son of a whore) I will swear at you in that forum."

Mr Obama said it was clear any meeting with him would not be that productive.

Mr Obama flew to Laos on Monday for an Association of Southeast Asian Nations (Asean) summit, after attending the G20 meeting in Hangzhou, China.

Hundreds of people have died in anti-drug operations since Mr Duterte won election despite international alarm.

He and Mr Obama were due to meet on Tuesday in Laos on the sidelines of an Asean conference.

Mr Duterte, who took office in June, has sanctioned the killing of drug dealers to try to wipe out the illegal drugs trade in the Philippines.

The UN has repeatedly condemned his policies as a violation of human rights. The Roman Catholic church, the dominant religion in the Philippines, has also criticised Mr Duterte.

But Mr Duterte said he was not concerned about the opinions of those observing his actions, adding that he would not take orders from the US, a former colonial ruler of the Philippines.

"You must be respectful. Do not just throw away questions and statements. Son of a whore, I will curse you in that forum," Mr Duterte told a news conference, referring to President Obama.

"We will be wallowing in the mud like pigs if you do that to me," Mr Duterte said.

About 2400 people have been killed in his war on drugs since he took office and he said there were more deaths to come.

In August, two UN human rights experts said Mr Duterte's directive for police and the public to kill suspected drug traffickers amounted to "incitement to violence and killing, a crime under international law".