Victoria is introducing legislation that will make it the first Australian state to permanently ban fracking. 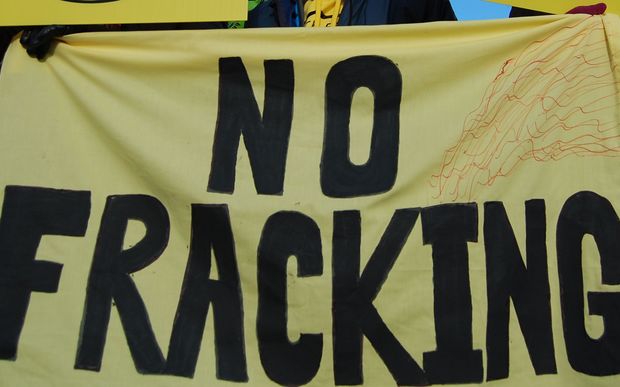 Victoria will be the first state in Australia to ban fracking. Photo: AFP

The legislation will be introduced into the state's parliament later this year.

Its premier, Daniel Andrew, said the ban would protect the reputation of the state's agricultural sector and alleviate farmer concerns about environmental and health risks associated with hydraulic fracturing.

"We've listened to the community and we're making a decision that puts farmers and our clean, green brand first," he said.

"This is the first ban of its kind anywhere in our nation. And it just speaks volumes to the dangers, the uncertainty and the anxiety within the Victorian community about fracking - we just don't think those risks are worth taking."

The legislation will also extend a moratorium on conventional onshore gas until 2020, but offshore gas exploration and development will continue.

The Australian Workers' Union (AWU) welcomed the fracking ban, but said extending the moratorium on conventional gas for four years would threaten jobs and investment.

"If new exploration and extraction is not allowed, there will be an exodus of investment and jobs from Victoria," AWU Victorian secretary Ben Davis said.

"By shutting the door on future exploration of conventional gas, Daniel Andrews is condemning Victorians to higher energy costs at a time when cost of living pressures are making life tough," he said.

Last year, the Coalition called for the moratorium on onshore unconventional gas extraction to be extended until 2020.

Unconventional gas, such as coal seam gas, shale gas and tight gas, is found in complex geological systems and is difficult to extract.

Conventional gas is found in sandstone reservoirs and can be easily extracted with traditional well-drilling techniques.

Farmers 'erring on the side of safety'

Victorian Farmers Federation president David Jochinke said while some landholders might miss out on an opportunity to make money if they have gas on their land, the decision was in the state's greater good.

"The science isn't conclusive that it isn't going to affect other landholders. So one landholder may say 'Yes', but that affects the whole aquifer if something doesn't go right or we don't understand what is going on.

"We're erring on the side of safety on this, and making sure that everything's in place, and for us this is a good outcome that achieves that."

The Green Party said it was disappointed the government had left the door open for conventional gas drilling after the next state election.

"Today's announcement is a big step in that direction, but we won't relax until farmers and regional communities know they are protected from all onshore gas mining."

A moratorium on fracking had been in place in Victoria since 2012.