Munich police said ten people were dead after a shooting attack at a shopping mall in the city, including a suspected gunman.

There were an unknown number of casualties. 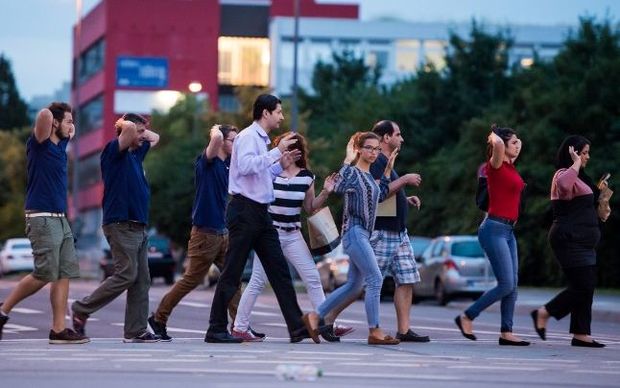 People are evacuated from the shopping mall following the shooting. Photo: AFP

The body of the gunman was found around one kilometre from the scene of the shootings.

The Bavarian capital was under a state of emergency as police earlier hunted for the gunmsn, with special forces deployed in the city.

We found a man, who killed him himself.
We assume, that he was the only shooter. #gunfire #munich

Police earlier believed up to three gunmen could have been on the run after the initial shooting.

People were told people to stay in their homes or seek shelter indoors while they carried out an extensive search.

Munich police said they suspected it was a terrorist attack. 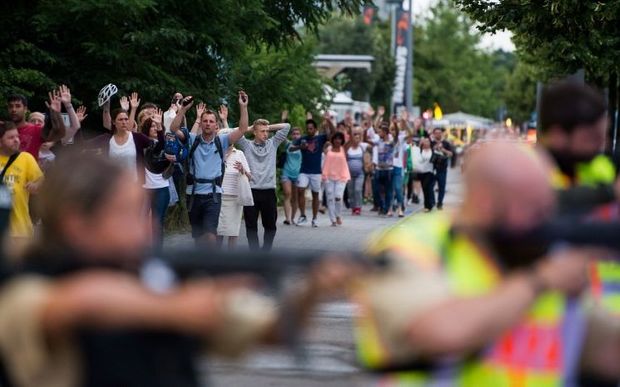 A Munich police spokeswoman said the first reports of the shooting came at 6pm.

A spokesman for the Munich police said up to 100 people witnessed the shooting attack. Police urged people not to publish any photos or footage they may have of the attack, and instead send them to police.

Important:
Please don't publish Fotos/Videos of #gunfire #Munich.
Please help us and send these files to us underhttps://t.co/29Df0qGgM6

Germany cannot confirm that the shooting attack in Munich in which at least nine people were killed on Friday was an act of terrorism, Chancellor Angela Merkel's chief of staff said.

"We cannot rule out that it is linked to terrorism but we can't confirm it either, but we are also investigating in this direction," Peter Altmaier said on German television.

He added that the security cabinet would hold a meeting midday on Saturday to assess the situation.

German Foreign Minister Frank-Walter Steinmeier said the motive for the attack was not yet clear.

"The motives for this abhorrent act have not yet been completely clarified - we still have contradictory clues," Steinmeier said in a statement. 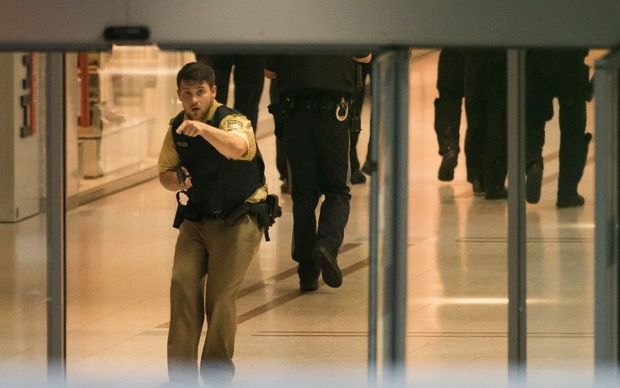 Police secure the area inside a shopping centre in Munich following the shooting. Photo: AFP

The hashtag #opendoors was set-up to help those unable to leave the city find a safe place to shelter.

Anyone in stuck in the Sendling region in Munich is welcome to come stay with us. Message me #offenetür #opendoors #munich #münchen

Security forces have been on alert after a teenage migrant stabbed and injured five people on a train in Bavaria on Monday.

The authorities had warned of the danger of further attacks.

The White House on Friday condemned "in the strongest terms" the apparent terrorist attack in a shopping mall in Munich.

"We still do not know all of the facts, but we do know that this heinous act has killed and injured multiple individuals in the heart of one of Europe's most vibrant cities," White House spokesman Josh Earnest said in a statement.

Earnest said US officials would work closely with their German counterparts and provide any resources that might assist their investigation of the attack.