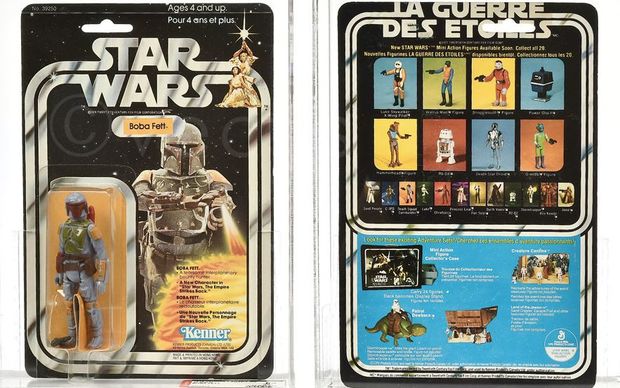 Worth more than a few bob: One of several Boba Fett figurines put to auction this week by Vectis. One of the toys sold for £26,000. Photo: Screenshot / Vectis Auctions / vectis.co.uk

It is one of a number of Star Wars lots being auctioned across two days.

An unpainted Fett prototype, which was not put into production over fears its firing rocket was a safety hazard, sold for £18,000 including fees.

The higher priced figure was described as being in "near to mint" condition.

Originally sold in France, it was produced under the Meccano brand.

Auctioneers Vectis said the sale price was a world record.

The figure is part of a collection which was amassed over a 40-year period by a French collector. The items are expected to sell for a total of £500,000.