Donald Trump's campaign has hit back at claims of plagiarism surrounding his wife's speech to the Republican National Convention yesterday. 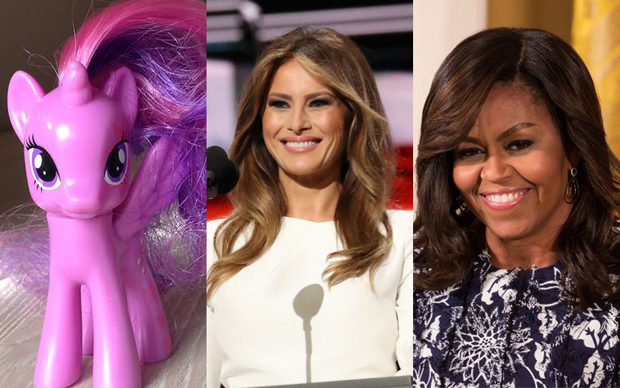 Melania Trump appeared at times to copy straight from the speech given by Michelle Obama when her husband won the Democratic Party nomination eight years ago.

It was Mrs Trump's first speech of the campaign and she had the help of a speechwriting team.

The Republican National Committee chief strategist Sean Spicer told CNN Mrs Trump was as likely to be influenced by the popular animated series My Little Pony: Friendship Is Magic, as by Mrs Obama.

"Melania Trump said 'the strengths of your dream and the willingness to work for them', Twilight Sparkle from My Little Pony said 'this is your dream, anything you can do in your dreams you can do now.

"I mean if we want to take a bunch of phrases and run them through a Google and say 'hey, who else has said them', I can come up with a list in five minutes.

Mr Trump's campaign chairman Paul Manafort said it was absurd to think Mrs Trump would plagiarise parts of her speech, given it would be watched by tens of millions of people.

Speaking with CNN, he said Mr Trump's Democratic rival Hillary Clinton was behind the claims.

"This is once again an example of when a woman threatens Hillary Clinton, she seeks out to demean her and take her down. It's not going to work."

But Mr Trump's former campaign manager said heads should roll over the speech. 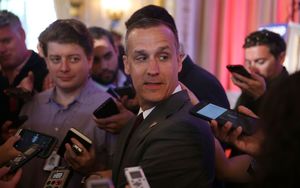 Corey Lewandowski, who was fired as Mr Trump's campaign manager last month, told CNN whoever wrote and signed off on the speech should be held accountable.

"When you do something that is so egregious that the story today is not how great Melania Trump was and how successful this convention is going to be, but is because a staff person didn't do their job properly, there absolutely has to be accountability."

Mr Trump will be officially endorsed as the Republican Party's presidential candidate at the convention in Cleveland later today.