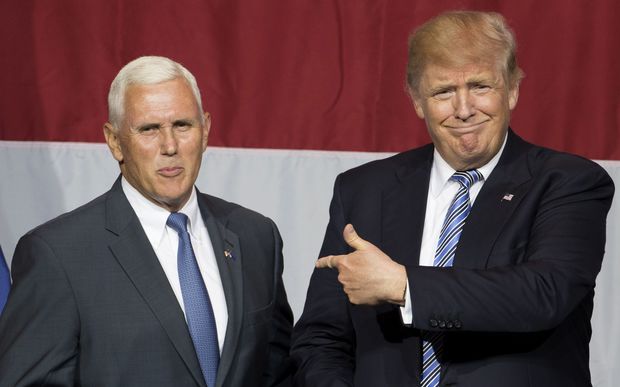 Mr Trump confirmed the selection on Twitter after his campaign's plan to announce his selection was cancelled because of the attack in Nice, France.

Mr Pence is seen as a very conventional choice - a former congressman popular among social conservatives who can help Mr Trump shore up support among wavering Republicans.

Other candidates in the running to stand with Mr Trump were the former speaker of the House, Newt Gingrich and the New Jersey Governor, Chris Christie.

I am pleased to announce that I have chosen Governor Mike Pence as my Vice Presidential running mate. News conference tomorrow at 11:00 A.M.

The Indiana governor has executive experience and a strong legislative resume from his 12 years in Washington in the House of Representatives.

While in Washington, he chaired the Republican Study Group, a coalition of hard-core conservatives, giving him solid bona fides among the grass-roots Tea Party wing of the party that has occasional doubts about Mr Trump's ideological purity.

He is, in House Speaker Paul Ryan's words, a "movement conservative" - a true believer who voted against key legislative items backed by then-President George W Bush, such as a federal prescription drug benefit for the elderly, because he viewed them as a dangerous and wasteful big government expansion.

Mr Trump is to be nominated as the official Republican pick at the Republican National Convention next week.