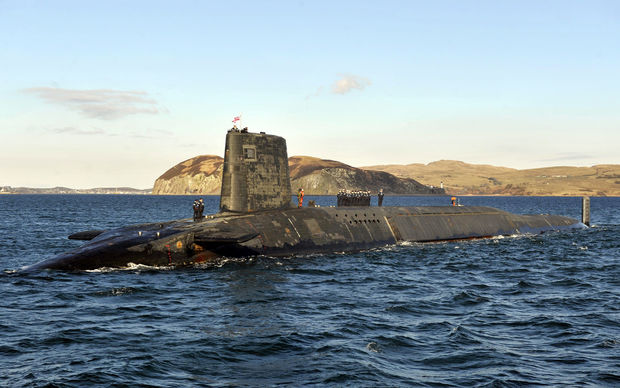 The renewal of the weapons system was voted in 472 to 117 in the United Kingdom's Parliament today, approving the manufacture of four replacement submarines at a current estimated cost of £31bn.

The vote was called by new Prime Minister Theresa May, whose Conservative Party backed the motion, as did some Labour MPs.

The multi-billion dollar project is regarded as key to maintaining the country's status as a world power following its vote to leave the European Union.

Mrs May without hesitation said that she would be willing to press the nuclear button - without flinching in the face of that question, there was not a moment's doubt.

She told MPs it would be "an act of gross irresponsibility" for the UK to abandon its nuclear weapons and accused critics of the Trident system of being "the first to defend the country's enemies". 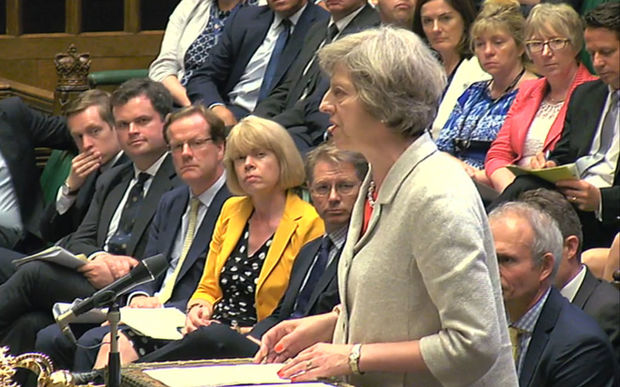 Theresa May, who was a Home Secretary for six years, gives her first address to the House of Commons as Prime Minister. Photo: AFP

Labour leader Jeremy Corbyn, voted against the measure, warned of the effect that using an "indiscriminate weapon of mass destruction" could have.

Mr Corbyn, a lifelong opponent of nuclear weapons, said the cost of renewal - currently £31bn - was "ballooning ever upwards".

But he faced repeated criticism from his own backbenchers who told him to state Labour's official policy, which was in favour of renewal.

Labour MPs were given a free vote in the debate because the party was still in the process of revising its policy, and 140 of its 230 MPs voting for renewal, with 47 against.

Defence Secretary Michael Fallon told MPs nuclear threats were growing around the world and Trident "puts doubts in the minds of our adversaries".

One Conservative MP, Crispin Blunt, voted against renewal while 322 supported the motion.

The Trident fleet is based at HMNB Clyde, in Faslane, but all Scottish MPs taking part in the vote except for Scottish Secretary David Mundell, were against renewal.

The SNP opposed the move, saying nuclear weapons were "immoral" and the continued stationing of submarines on the Clyde could accelerate moves towards independence.

After the vote, the SNP said the government "must respect Scotland's clear decision against Trident renewal and remove these nuclear weapons of mass destruction from the Clyde".

Defence Minister Harriett Baldwin said: "People put politics aside and marched through the lobbies in support of our nation's security. This was a very important vote as defence is the first job of government".

Since 1969, according to government documents, a British submarine carrying nuclear weapons has always been on patrol, gliding silently beneath the waves, somewhere in the world's oceans.

The logic is to deter a nuclear attack on the UK because, even if the nation's conventional defence capabilities were destroyed, the silent submarine would still be able to launch a catastrophic retaliatory strike on the aggressor, a concept known as mutually assured destruction.

The submarines, based at Faslane on the River Clyde, carry up to eight Trident missiles, each capable of carrying several warheads.