South Sudan is "back to war", a spokesman for the vice-president has told the BBC, as rival factions clash and hundreds are reported killed. 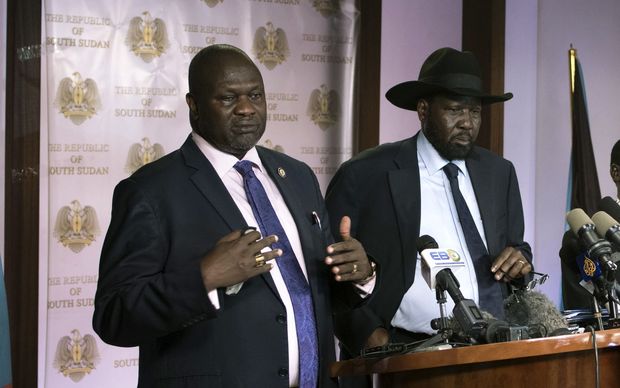 However, Information Minister Michael Makuei Lueth said the reports of war were "dishonest".

The UN mission said hundreds had sought shelter in its compounds, and called for leaders to restrain their troops.

UN Secretary-General Ban Ki-moon condemned what he called the "senseless violence", and the UN Security Council is holding an emergency session to discuss South Sudan.

He said "hundreds" of Mr Machar's troops had died on Sunday, and that troops loyal to Mr Machar were advancing on Juba from different directions.

"The situation is normal and it is under full control," he said.

The clashes follow days of fighting in the world's newest country between supporters of Mr Kiir and Mr Machar.

At least 150 people were killed in fighting on Friday, before calm was restored on Saturday.

Local radio station Radio Tamazuj reported on Sunday that the death toll from those clashes may be as high as 271. 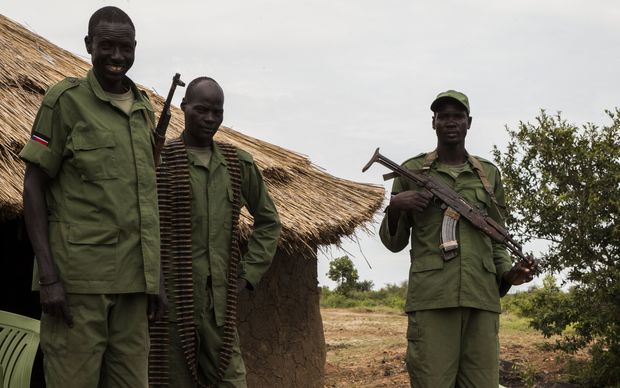 A peace agreement has paved the way for rebel soldiers to be integrated in to the armed forces, pictured, but there is much distrust between the two groups. Photo: AFP

The violence has raised fears of renewed instability, with a 2015 peace deal failing to quell unrest.

Heavy gunfire was reported on Sunday near a military barracks occupied by troops loyal to Mr Machar.

Friday's exchanges were apparently sparked by a shootout between Mr Kiir's and Mr Machar's bodyguards. The two men met at the presidential palace on Friday, and issued a call for calm.

One foreign worker in the Gudele district, on the outskirts of the city, told the BBC he was waiting to be evacuated from the area.

He said shooting restarted at 8am (local time) on Sunday, and had been sporadic throughout the day.

South Sudan marked its fifth anniversary of independence from neighbouring Sudan on Saturday.

The country is so short of money that no official anniversary events were planned.

In the latest response: