UK Home Secretary Theresa May has comfortably won the first round of the contest to become the country's next Conservative leader and prime minister. 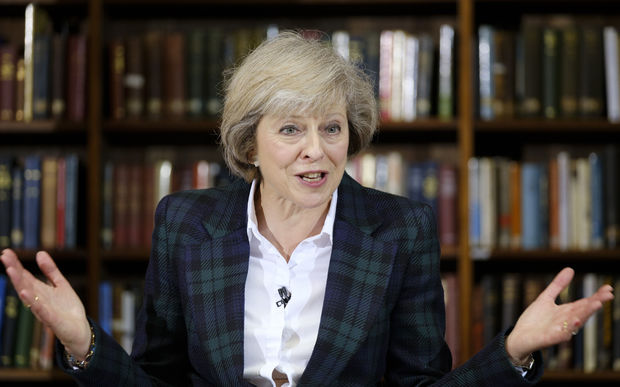 UK Home Secretary Theresa May has won half the votes in the first round of voting among MPs for a new Conservative leader. Photo: AFP

Liam Fox, who came last with 16 votes, was eliminated. Stephen Crabb, in fourth with 34 votes dropped out.

Further voting by fellow MPs would narrow the field to two, and the wider party members would decide between them on or before 9 September.

Frontrunner Mrs May - who campaigned for the UK to stay in the EU - received the backing of Mr Fox, a former defence secretary and Brexit campaigner, and Mr Crabb, the work and pensions secretary, who also backed Remain.

But Mr Gove, the justice secretary and a leading Leave campaigner, insisted he would stay in the race, saying the winner should be someone who backed Brexit.

Mrs Leadsom, an energy minister, was also a key figure in the campaign to leave the EU, appearing alongside Boris Johnson in some of the TV debates. 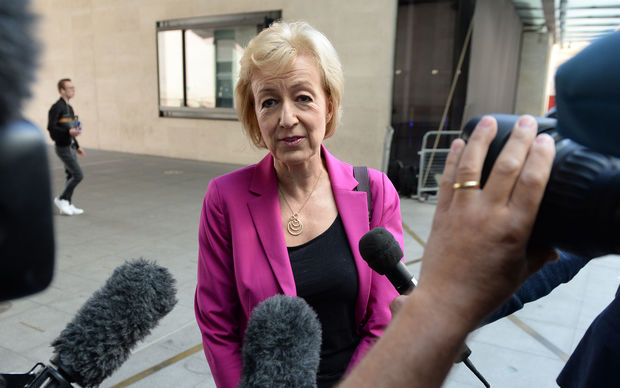 British energy minister Andrea Leadsom who received fewer than half the votes frontrunner Theresa May won in the race for Conservative leader. Photo: AFP

The leadership contest was sparked by Prime Minister David Cameron's decision to step down as prime minster after the UK voted by 52 percent to 48 percent to leave the EU, in the 23 June referendum.

Mr Cameron, who had campaigned strongly for a Remain victory, said "fresh leadership" was required as the UK negotiated its exit from the European Union.

The process of choosing a successor - and a new prime minister - began on Tuesday, as 329 of the 330 Conservative MPs took part in a secret ballot between 11am and 6pm British time.

The result was announced half an hour later by Graham Brady, the chairman of the 1922 committee of backbench Tory MPs, with Mrs May securing a comfortable lead over her rivals.

Mrs May - who has said she will deliver Brexit if PM - said she was "pleased" with the result and "grateful" to colleagues for their support.

She said there was a "big job" ahead to unite the party and the country following the referendum, to "negotiate the best possible deal as we leave the EU" and to "make Britain work for everyone".

"I am the only candidate capable of delivering these three things as prime minister, and tonight it is clear that I am also the only one capable of drawing support from the whole of the Conservative Party," she said.

Mr Fox - for whom this is his second shot at the Tory top job after he came third in the 2005 contest which Mr Cameron won - said he was "disappointed" to be knocked out, but did not regret standing.

"I felt it was vital to stress the importance of national security in this debate and the need for a clear path to our exit from the European Union. I hope I have achieved both these objectives."

Mr Fox - who has previously said the new leader must be a Brexit supporter, given the result of the referendum - announced that he would now be backing, and campaigning for, Mrs May.

He said it was essential that the new leader, given that they would also be prime minister in a matter of weeks, have an understanding "at the top levels of government and of international affairs" and know how the Whitehall process worked.

Mr Crabb - formerly Welsh secretary before his promotion to work and pensions secretary - opted to voluntarily withdraw from the race on Tuesday evening.

He said he had been "overwhelmed" by colleagues' support.

But he said the result of the vote showed Mrs May was the "only candidate" able to unite the party and form "a cohesive and strong government" - and pledged his support for her candidacy.

Mr Crabb also said, in his view, the quicker a new leader and prime minister was in place "the better", given the "seriousness of the situation facing the country".

Asked if he thought the contest could be settled before 9 September, he said: "That will be for others to decide."

Mr Gove said he was "delighted" by the support he had received, saying it reflected his "optimistic message" about Britain's future outside the EU. 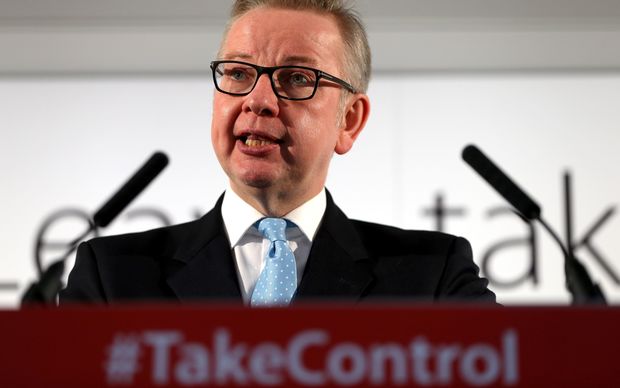 "I think the country deserves to have a leader who believes in Britain outside the European Union and who also has experience at the highest level of government," he said, adding that he would be seeking to shore up support to try to get on the final ballot.

Justice Secretary Mr Gove had earlier been set to back former London mayor and Leave campaign leader Boris Johnson for the leadership, but made a surprise announcement last week that he would run for leader.

Mr Johnson subsequently announced he would be ruling himself out of the race.

Northern Ireland Secretary Theresa Villiers, who was backing Mrs Leadsom - who also now counted Mr Johnson among her backers - said it was "a good result" for her candidate.

"I think we've had a clear steer so far that Theresa (May) and Andrea (Leadsom) are the best people to go forward to the membership," Ms Villiers added.

The three remaining contenders are due to face a second MPs' vote on Thursday to whittle the field down to two names, who will then go forward to a vote of the entire Conservative membership.