German carmaker Volkswagen has reportedly reached a $US15 billion settlement with US car owners after admitting it cheated emission tests.

The deal would offer to repair or buy back the affected diesel vehicles and pay owners compensation, according to sources close to the talks.

Last year, US regulators discovered that VW cars were fitted with software that could distort emissions tests. 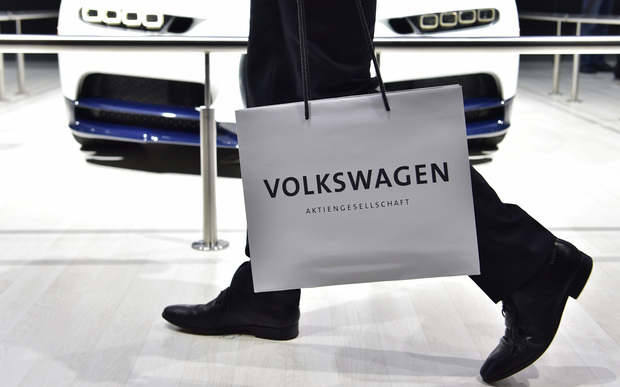 The US settlement is still pending approval by a judge, but it would be the largest car scandal settlement in the country's history. The details are expected to be announced on Tuesday.

According to news agencies, the legal settlement sets aside $10 billion to repair or buy back around 475,000 affected vehicles with two-litre diesel engines, and to compensate owners with a payment of up to $10,000.

Car owners would still be able to decline the VW offer and sue the firm on their own.

According to the sources quoted by the news agencies, the deal also includes $2.7bn in funds to offset excess diesel emissions and $2bn for research into green energy and environment-friendly cars.

The carmaker installed software in diesel engines to detect when they were being tested so the cars could cheat the results.

Some models could have been pumping out up to 40 times the legal limit of the pollutant nitrogen oxide, regulators disclosed.

Volkswagen told its shareholders last year it had set aside $7.3bn to help defray the potential costs of a recall or regulatory penalties.

That amount though might not be enough - the company faces as much as $20bn in fines for Clean Air Act violations alone.

The increased emissions provision pushed VW to an annual pre-tax loss of €1.3bn, compared with a profit of €14.7bn the previous year.