Libyan forces say they have re-taken control of the port in the city of Sirte, after fierce fighting against militants from the Islamic State militant group. 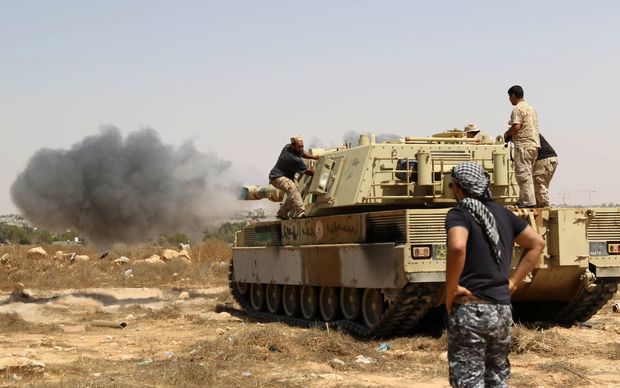 Sirte is the most significant IS stronghold outside Iraq and Syria.

Earlier this week warplanes bombed IS positions in Sirte while naval forces fired missiles into the port, officials said. The offensive continues.

The forces, aligned to the UN-backed unity government in Tripoli, began the battle to retake the city last month.

Their spokesman, General Muhammad al-Ghusri, said senior IS leaders had fled into the desert to the south, but that many militants were still under siege in the city centre.

Clashes centred on the Ougadougou conference centre, which was once a venue for international summits but has now become an IS command centre. 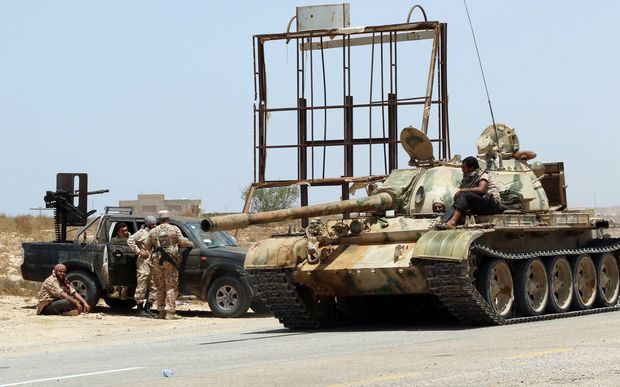 Forces loyal to Libya's UN-backed unity government gather around a tank in Sirte's centre as they advance to recapture the city from the Islamic State militant group. Photo: AFP

Forces loyal to the government targeted the conference centre with heavy artillery fire, backed by warplanes.

The government said two soldiers were killed and eight were wounded.

Sirte was the hometown of ousted ruler Muammar Gadaffi.

The unity government was formed in Tripoli more than two months ago.

United States officials said the unity government should be allowed to arm itself against IS. Secretary of State John Kerry said this would be "the only way to generate the cohesion necessary" to defeat the militants.