The rescue of more than 600 migrants and refugees off Libya by a flotilla of European Union (EU) ships this weekend has taken the weekly total of people rescued to at least 13,000, the Italian authorities say. 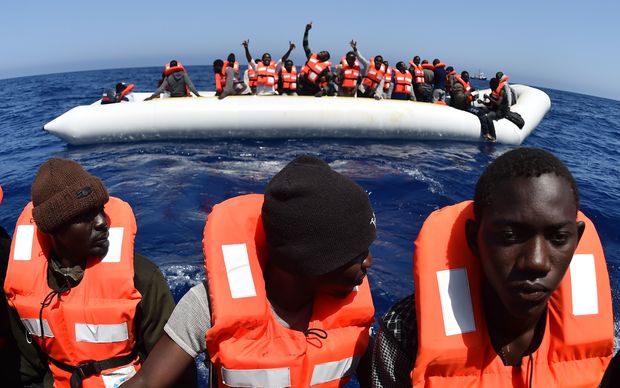 Migrants and refugees are rescued during an operation at sea with the Aquarius, on 24 May. Photo: AFP

45 bodies were recovered and 135 migrants were rescued from a semi-sunken ship, the third wrecked in the central Mediterranean in the past three days.

It's the latest rescue by a patrol of Italian, German and Irish ships operating in the Mediterranean as spring weather leads to a surge of people attempting the perilous crossing from Africa to Europe.

An Irish vessel saved 123 migrants and refugees from a rubber dinghy, the Irish military said, while the Italian coastguard said a German ship had carried out four rescue operations from similarly unseaworthy vessels. 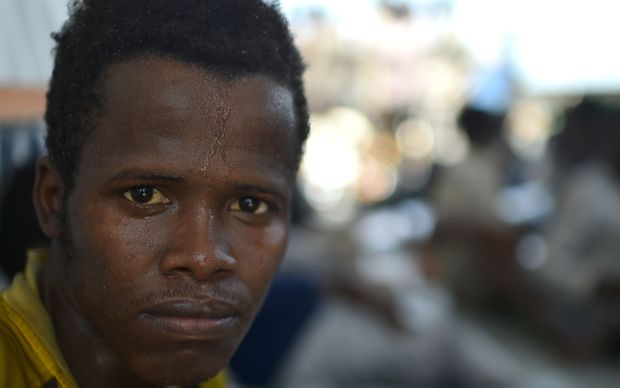 A migrant rescued in the Mediterranean sea off the Libyan coast. Photo: AFP

The Italian Navy said another 629 migrants and refugees had been picked up in several other rescue operations.

Most of this week's rescues took place about 55km north of the Libyan city of Zuwarah, a well-known hub for people smugglers and departure point for Europe-bound journeys.

The number of arrivals in Italy is expected to surge in the coming months as warmer weather encourages more departures from Libya. It is now the main migration route since an EU-Turkey deal curbed numbers sailing to Greece. 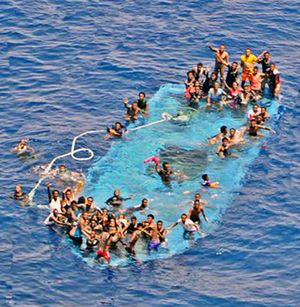 Migrants signal to the European Union's naval mission after their vessel capsized off the Libyan coast. Photo: AFP

Earlier this week, the European Union's naval mission, Eunavfor Med, saved 96 people from a sinking boat, but said about 20 bodies had been spotted at sea. They have not been recovered.

The Italian Navy said it rescued 562 people and recovered five bodies in a dramatic operation caught on camera after an overcrowded boat capsized on Wednesday. Survivors said there had been 650 people on the vessel, suggesting about 100 passengers are still unaccounted for.

Meanwhile, Pope Francis held an emotional meeting with hundreds of children on Saturday, including a Nigerian boy whose parents drowned in a shipwreck, and told them migrants "are not dangerous, but in danger".