A French man with a large cache of arms detained last month was planning mass attacks during the Euro 2016 football tournament, which starts this week, Ukrainian authorities say.

A video released by the Ukrainian security services showing the arrest of Gregoire Moutaux and a second man.

The man, identified by French media as Gregoire Moutaux, 25, was arrested on the Ukrainian border with Poland.

Intelligence officials said he had planned 15 attacks and was driven by ultra-nationalist views.

He had amassed guns, detonators and 125 kilograms of TNT, and was intending to target bridges, motorways, a mosque and a synagogue.

Paris police prefect Michel Cadot told reporters it was not clear if the tournament itself was being targeted, and said there was "no specific threat against any [Euro 2016] site". 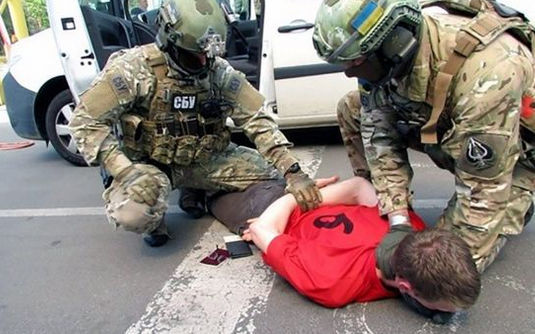 Gregoire Moutaux, 25, was arrested on the Ukrainian border with Poland. Photo: AFP

Residents in Nant-le-Petit were stunned by the arrest of Gregoire Moutaux, who lives there with his grandfather and works as a cattle inseminator.

"He's a rather nice guy, who I think is actually rather well-educated. I've even invited him over for a glass of wine. I just can't understand this," neighbour Jean-Jacques Renck told France 3 TV.

Anti-terrorism specialist Alain Bauer said Ukraine had become a big source of arms because of the continuing conflict in the east of the country.

The man detained did not fit the usual profile of an attacker, he said, pointing to the arrest last year of far-right activist Claude Hermant, accused of providing weapons to a jihadist who murdered four people at a Jewish supermarket in Paris in January 2015. 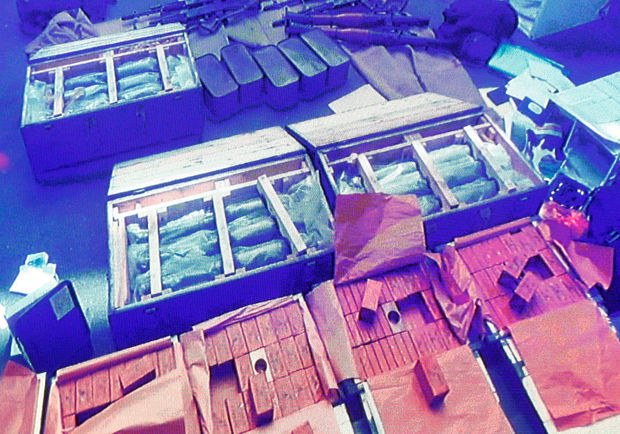 News of the man's arrest on 21 May first emerged in a report by French TV network M6. The suspect was described as a worker at a farming co-operative from the Lorraine area of eastern France. He had no previous criminal record, reports said.

Ukraine's SBU security service said it had been watching the suspect since December last year and that he had picked up five Kalashnikovs, two anti-tank grenade launchers, some 5,000 rounds of ammunition and 100 detonators, as well as a large quantity of explosives.

An SBU video was shown of the dramatic moment of the suspect's arrest along with the weapons that intelligence officials said they had found. The arrest was said to have taken place at a border crossing close to the Ukrainian town of Yahodyn.

The footage also revealed a second person being wrestled to the ground on the passenger side of the car.

The SBU chief said the French suspect had been in touch "with military units fighting in Donbass", a reference to the eastern areas of Luhansk and Donetsk, where pro-Russian rebels have seized large areas of Ukrainian territory.

"The Frenchman spoke negatively of the activities of his government on mass migration of foreigners to France, the spread of Islam and globalisation. He also said he wished to stage a number of terrorist attacks in protest," Mr Hrytsak said.

A search was carried out at the suspect's home in the tiny village of Nant-le-Petit and police sources told French media that explosive material and balaclavas were recovered.

An inquiry has been launched by France's organised crime agency, OCLCO, and by regional authorities in Nancy.

However, French police sources told AFP news agency that Ukrainian officials had yet to send them any details. There was some scepticism that the suspect could have been anything more than an arms trafficker.