The maker of Nurofen should have to pay more than the $A1.7 million a court fined it for its misleading "specific pain range", says the Australian competition and consumer watchdog.

The Australian Competition and Consumer Commission (ACCC) has lodged an appeal against the size of the fine imposed by the Federal Court on the makers of the painkiller Nurofen for breaching consumer laws.

Pharmaceutical giant Reckitt Benckiser was fined $A1.7 million last month after the court found Nurofen's "specific pain range" misled consumers, because they all contained the same active ingredient and did the same thing. 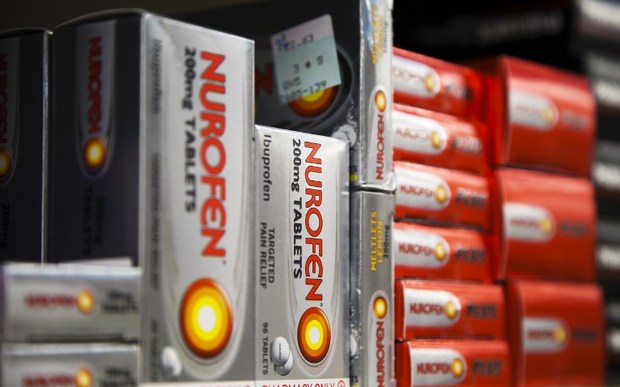 ACCC had originally asked the court to impose a fine of $AU6 million.

"It is disappointing a fine of $A1.7 million was imposed for a company this size," he said.

"It is not really going to catch people's attention and send the deterrence message we need.

"There is quite a gap between the fine imposed and the one the ACCC asked for. We thought $AU6 million was a minimum guide and the penalty under appeal could go even higher.

"The judge found that Reckitt Benckiser had made many millions in profits from the sale of 5.9 million units of Nurofen at around 8500 outlets nationwide over the five-year period."

A spokeswoman for Nurofen said the company acknowledged "that the ACCC had lodged an appeal in relation to the penalty decision of the Federal Court".

"Nurofen is carefully considering the appeal with its legal advisers," the spokeswoman said.

The ACCC said it had filed the Notice of Appeal to the Full Court of the Federal Court.