Google has unveiled a personal assistant device that will enable users to control and organise their entire homes using voice commands. 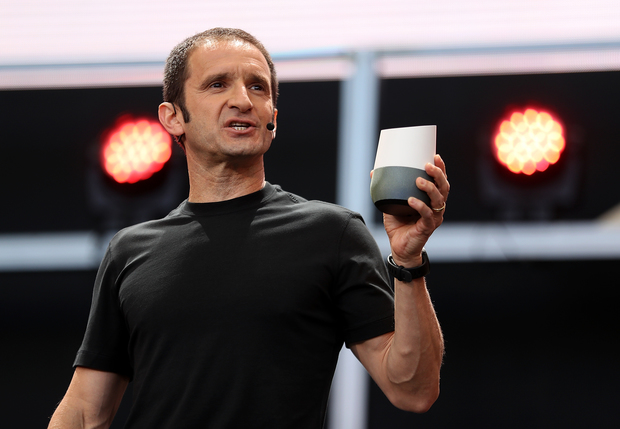 The device, called Google Home, will be powered by wi-fi.

Google Assistant can be used to find information, play media and carry out tasks - such as booking cinema tickets - via a back-and-forth chat between the user and the software.

The firm also announced a voice-activated device with a built-in speaker called Google Home to deliver the tech to living rooms.

As well as controlling lighting and appliances such as TVs, Google Home will answer questions put to it.

Google Assistant also plays a role in a new chat app called Allo, in which it can make suggestions based on what the user is talking about with their friends.

One executive demonstrated the AIlo tool proposing a restaurant to visit when two users discussed wanting to eat Italian food.

Allo's other unusual feature is that it can provide replies on a user's behalf.

This includes commenting on pictures sent by friends, thanks to its use of image recognition algorithms.

The company said the suggestions should improve the more people use the app.

It will go on sale later this year.

Amazon launched its own dialogue-based smart home device in 2014, which is powered by the firm's proprietary virtual assistant Alexa.

His announcement was made at the start of the firm's IO developers' conference in California.