The global search engine has published a doodle on its search page to commemorate what would have been Dr Tinsley's 75th birthday today. 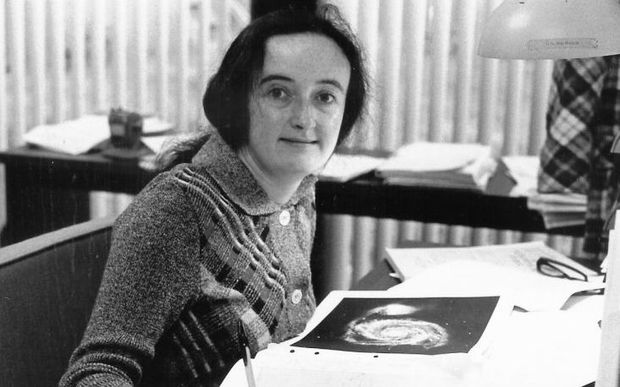 The daughter of a New Plymouth mayor, she overcame widespread professional jealousy and sexism to become professor of astronomy at Yale University before dying of cancer in 1981.

She was born in Chester, England in 1941, the middle of three sisters, and emigrated to New Zealand with her family following World War II.

The family lived first in Christchurch, and then for a longer time in New Plymouth. 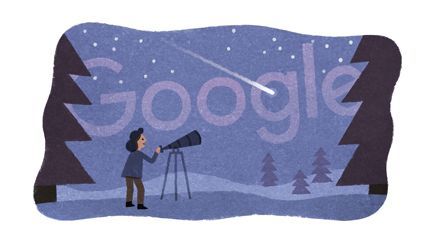 While studying in Christchurch, she married physicist and university classmate Brian Tinsley - this prevented her from working at the University while he was employed there.

In 1963 the couple moved to Dallas, Texas, but she was similarly restricted there.

In 1974 she took a position as assistant professor at Yale. and worked there until her death.

Dr Tinsley calculated not just how galaxies look today, but how they would look over time, and even calculated models for different types of galaxies, without modern computers. 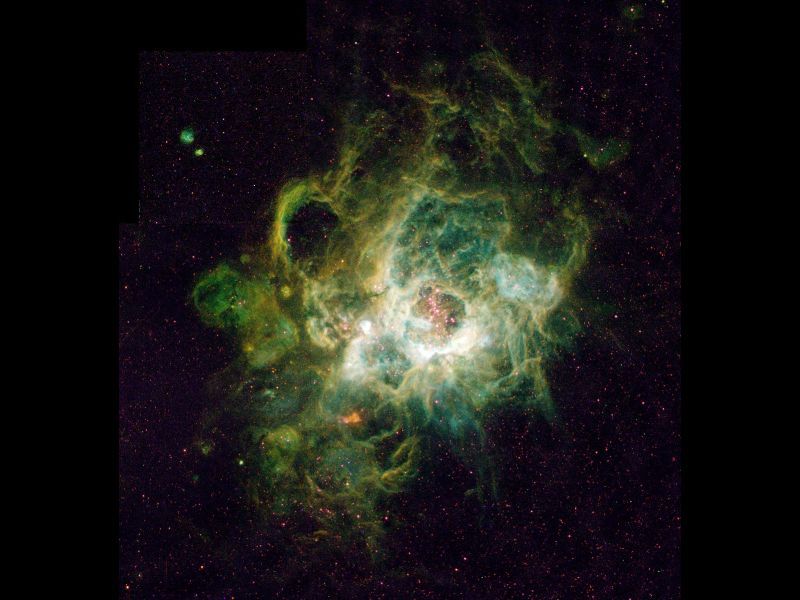 Nursery of New Stars: A vast nebula called NGC 604, which lies in the neighboring spiral galaxy M33, located 2.7 million light-years away in the constellation Triangulum. This is a site where new stars are being born in a spiral arm of the galaxy. www.nasaimages.org 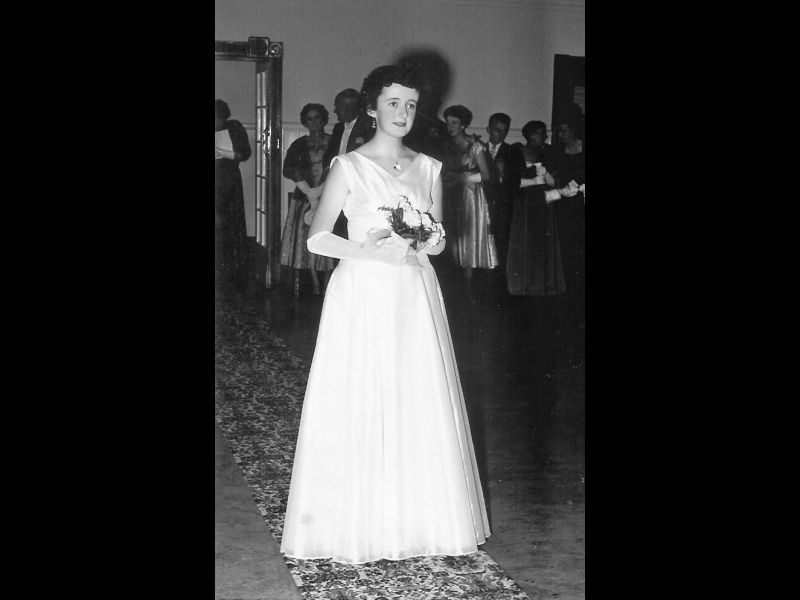 Beatrice at her debutant ball in 1959. 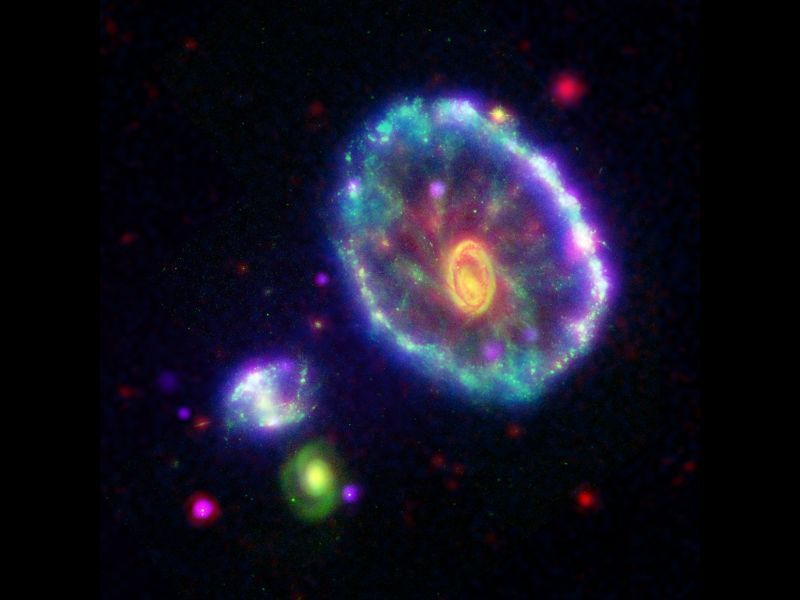 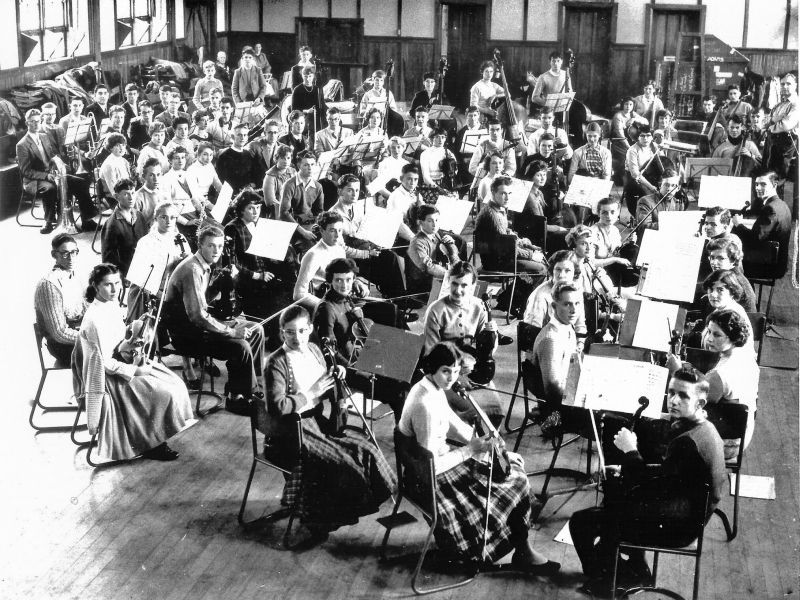 The National Youth Orchestra 1959. Beatrice is in the second row from the front wearing a black high-necked top. 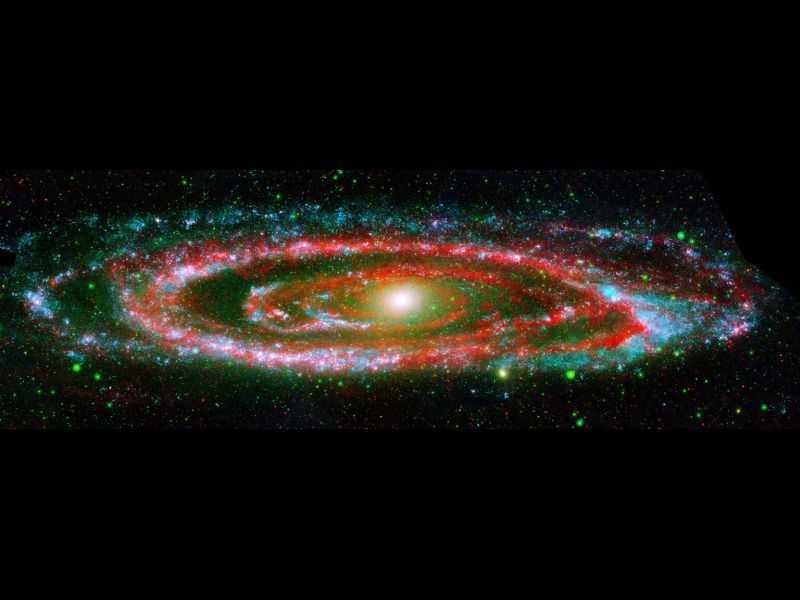 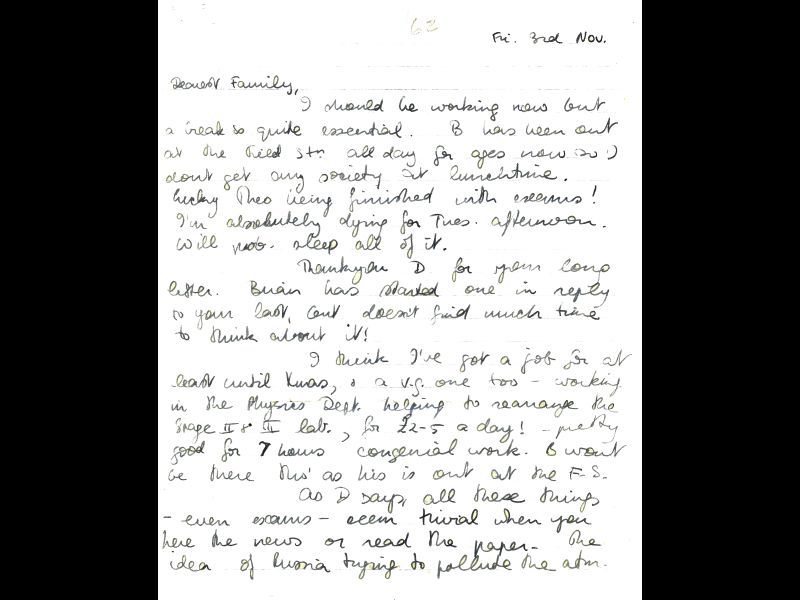 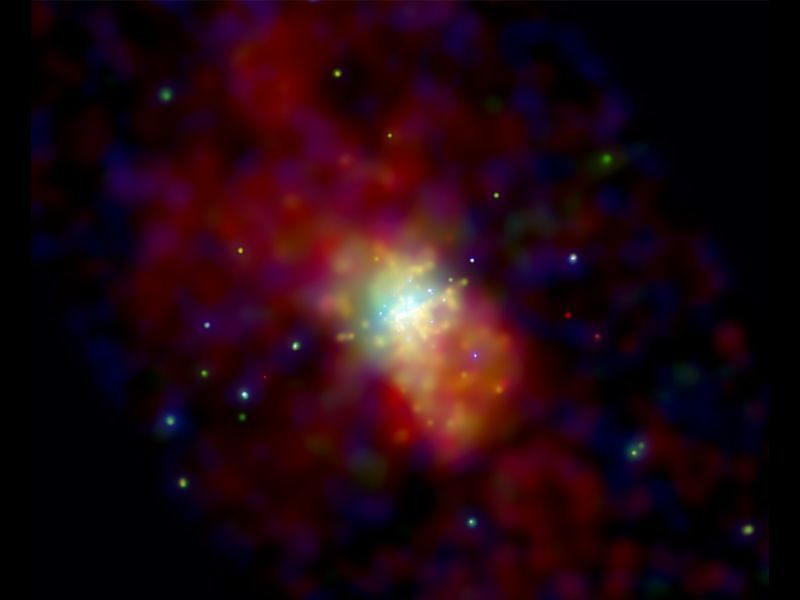 Gas has been heated to millions of degrees by the violent outflow of matter blasting out of this galaxy. The eruption can be traced back to the central regions of the galaxy where stars are forming at a furious rate, some 10 times faster than in the Milky Way Galaxy. Many of these newly formed stars are very massive and race through their evolution to explode as supernovas. Vigorous mass loss from these stars before they explode, and the heat generated by the supernovas drive the gas out of the galaxy at millions of miles per hour. It is thought that the expulsion of matter from a galaxy during bursts of star formation is one of the main ways of spreading elements like carbon and oxygen throughout the universe. www.nasaimages.org 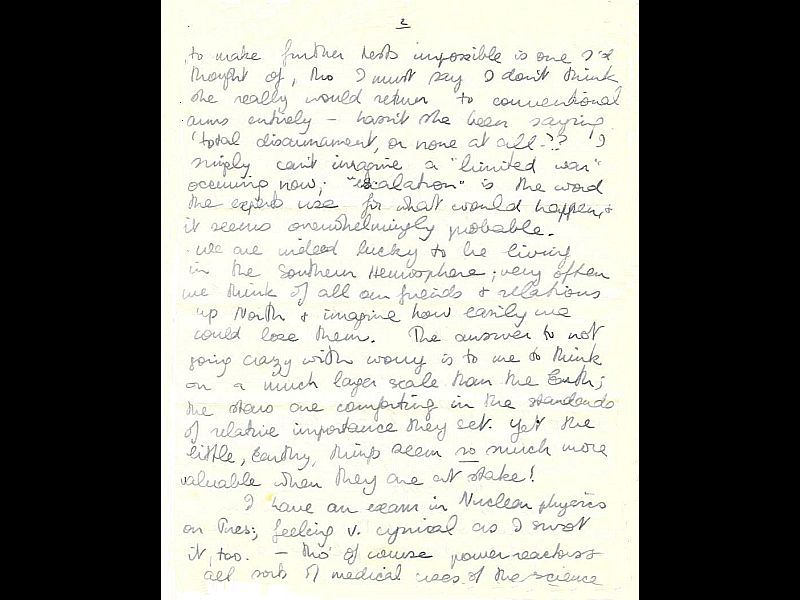 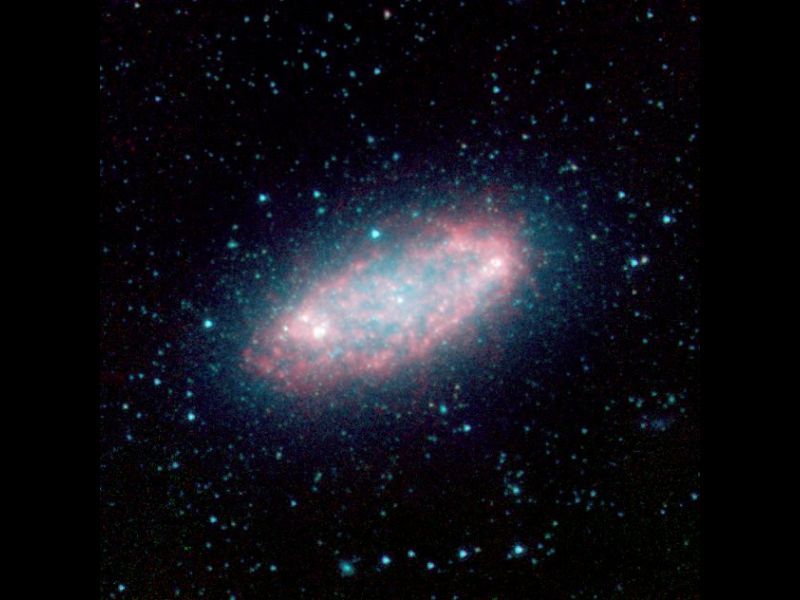 Galaxy NGC 2976, located approximately 10 million light-years away in the constellation Ursa Major near the Big Dipper. Unlike other spiral galaxies where the star-forming and dusty regions highlight spiral arms, this galaxy has a rather chaotic appearance. As the "glowing" red emission maps out, Spitzer is able to pierce through dense clouds of gas and dust that comprise the spiral disk, revealing new star formation that is driving the evolution of the galaxy. www.nasaimages.org 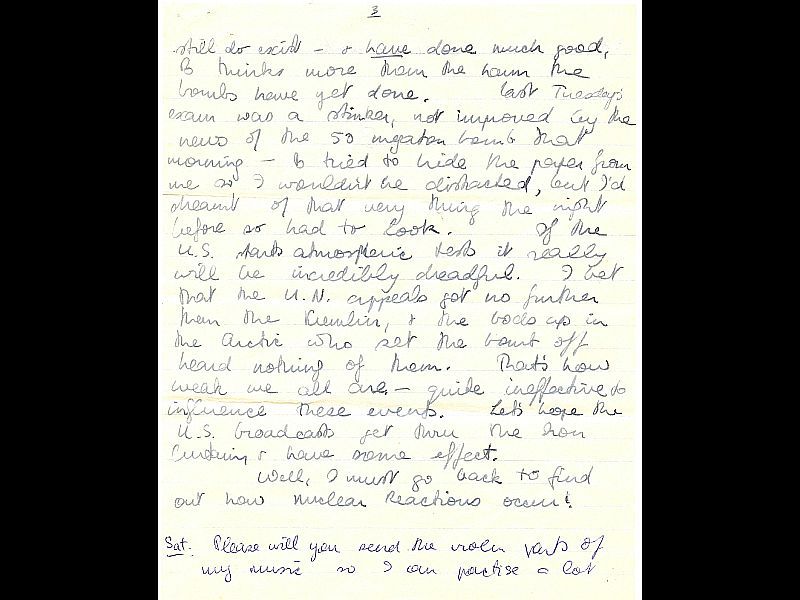 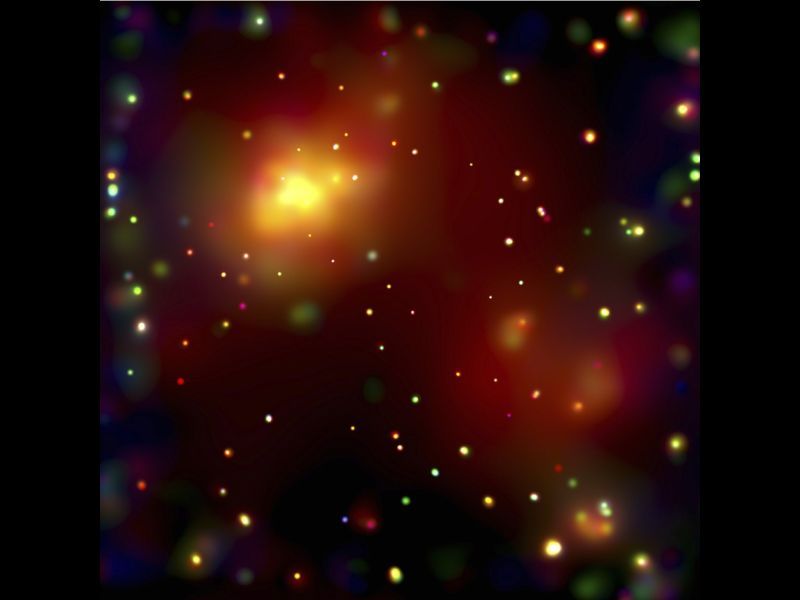 The galaxy cluster Abell 2125. Several massive multimillion degree Celsius gas clouds appear to be in the process of merging. Ten of the point-like sources are associated with galaxies in the cluster and the rest are probably distant background galaxies. The bright gas cloud on the upper left is the core of the cluster and envelopes hundreds of galaxies. www.nasaimages.org 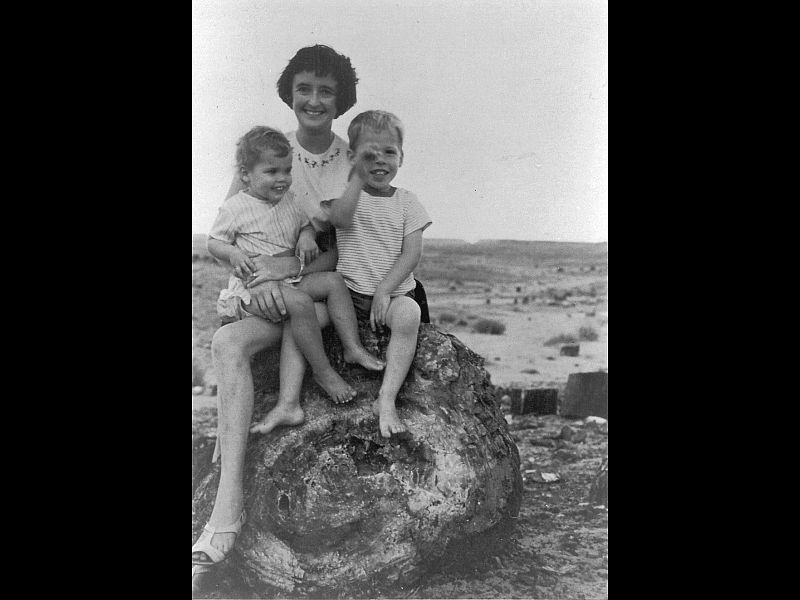 Beatrice with her children, Alan and Terry, 1970. 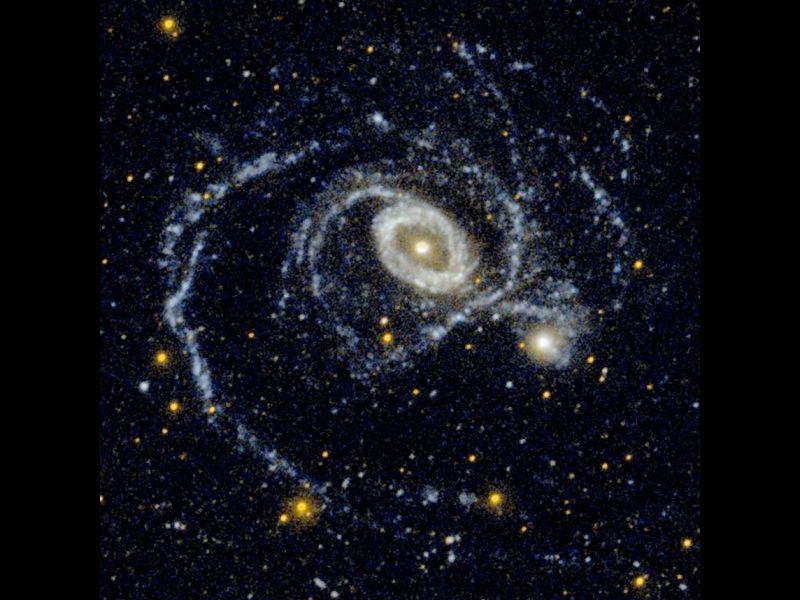 Located 10 million light-years away in the southern constellation Sculptor, the Silver Dollar galaxy, or NGC 253, is one of the brightest spiral galaxies in the night sky. www.nasaimages.org 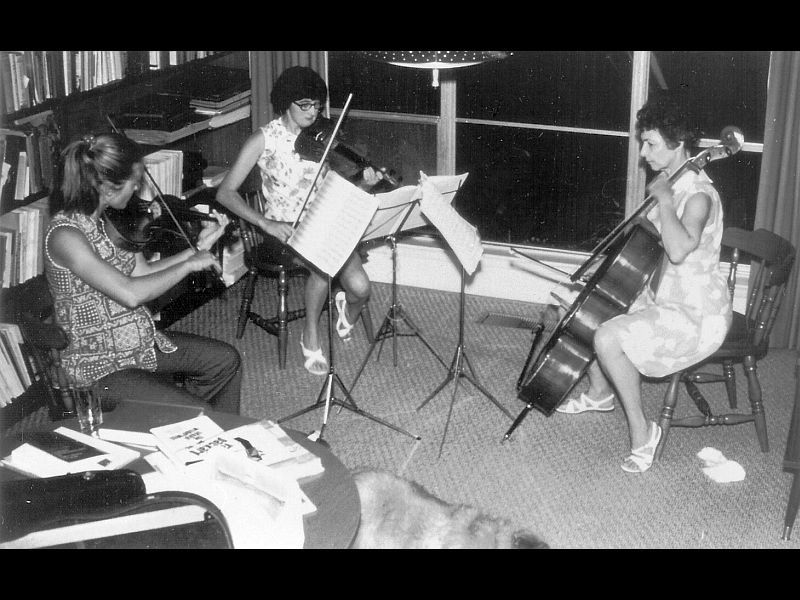 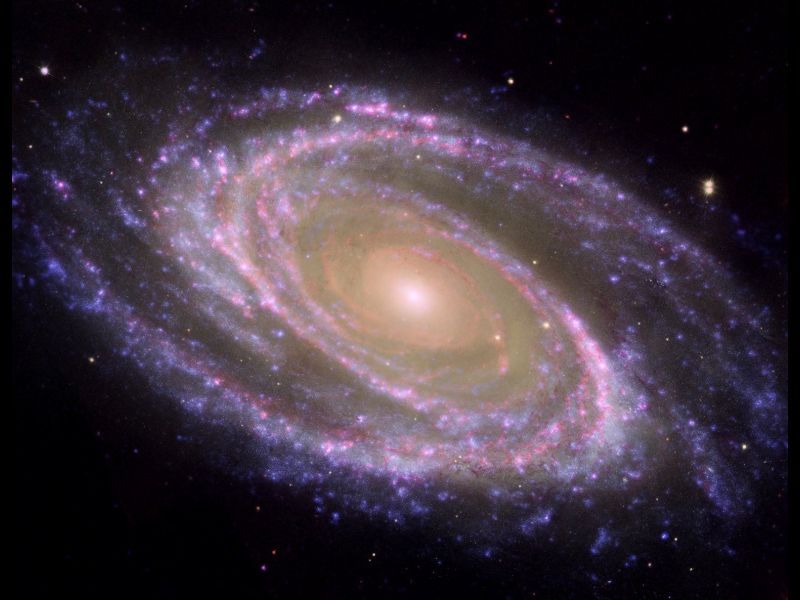 Bode's Galaxy M81: This galaxy is tilted at an oblique angle on to our line of sight, giving a birds-eye view of the spiral structure. The galaxy is similar to our Milky Way, but our favourable view provides a better picture of the typical architecture of spiral galaxies. M81 may be undergoing a surge of star formation along the spiral arms due to a close encounter it may have had with its nearby spiral galaxy NGC 3077 and a nearby starburst galaxy (M82) about 300 million years ago. M81 is one of the brightest galaxies that can be seen from the Earth. It is high in the northern sky in the circumpolar constellation Ursa Major, the Great Bear. www.nasaimages.org 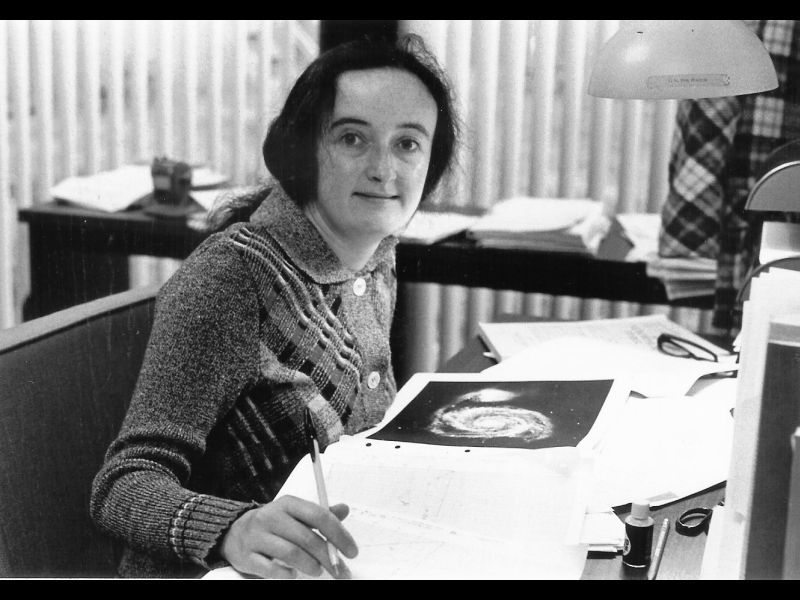 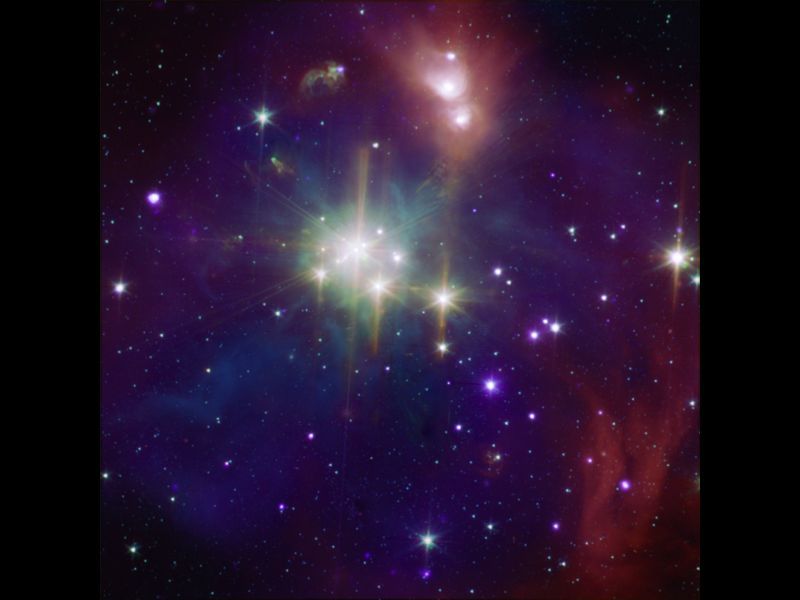 While perhaps not quite as well known as its star-formation cousin Orion, the Corona Australis region (containing, at its heart, the Coronet cluster) is one of the nearest and most active regions of ongoing star formation. At only about 420 light-years away, the Coronet is over three times closer than the Orion nebula is to Earth. The Coronet contains a loose cluster of a few dozen young stars with a wide range of masses and at various stages of evolution, giving astronomers an opportunity to observe embryonic stars simultaneously in several wavelengths. www.nasaimages.org

Listen to RNZ Concert's feature, The Stars are Comforting, on the letters of Beatrice Tinsley.