Top Hezbollah commander Mustafa Badreddine has been killed in an attack in Syria, the Lebanese Shi'ite group said on Friday, the biggest blow to the Iranian-backed organisation since its military chief was killed in 2008.

Badreddine, 55, was one of the highest ranking officials in the group, and assessed by the US government to be responsible for Hezbollah's military operations in Syria, where it is fighting alongside Syrian President Bashar al-Assad.

The killing of Badreddine, a brother-in-law of the late Hezbollah military commander, Imad Moughniyah, is the latest big loss sustained by Hezbollah and Iran in Syria despite Russian military intervention in support of Assad and his allies. 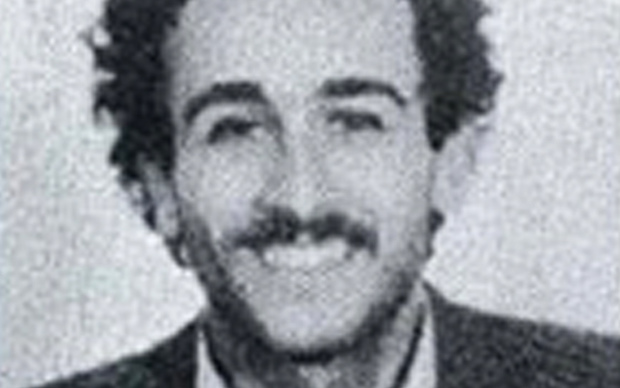 Hezbollah has lost at least four prominent figures since January 2015, and a number of high-ranking Iranian officers have also been killed either fighting Syrian insurgents or in Israeli attacks.

Hezbollah said Badreddine had been killed in a big explosion targeting one of its bases near Damascus airport, and an investigation was underway into whether it was caused by an air strike, a missile attack, or artillery bombardment.

It did not say when he was killed.

The Lebanese TV station al-Mayadeen earlier reported he had been killed in an attack by Israel, which has struck Hezbollah targets in Syria several times during the conflict that began in 2011.

There was no immediate response from Israel, which deems Hezbollah its most potent enemy and worries that it is becoming entrenched on its Syrian front and acquiring more advanced weaponry.

Hezbollah, a political and military movement and Lebanon's most powerful group, has grown ever stronger since forcing Israel to end its 22-year occupation of southern Lebanon in 2000. The sides fought a 34-day war in 2006, their last major conflict.

"But from Israel's view, the more people with experience, like Badreddine, who disappear from the wanted list, the better," he added.

A US Department of the Treasury statement detailing sanctions against Badreddine last year said he was assessed to be responsible for the group's military operations in Syria since 2011, and he had accompanied Hezbollah leader Sayyed Hassan Nasrallah during strategic coordination meetings with Assad in Damascus.

Announcing his death, Hezbollah cited Badreddine saying he would return from Syria victorious or "a martyr". A photo released by the group showed him smiling and wearing a camouflage baseball cap.

Hezbollah's al-Manar TV said he would be buried in the southern suburbs of Beirut.

Badreddine was sentenced to death in Kuwait for his role in bomb attacks there in 1983. He escaped from prison in Kuwait after Iraq, under the leadership of Saddam Hussein, invaded the country in 1990.

For years, Badreddine masterminded military operations against Israel from Lebanon and overseas and managed to escape capture by Arab and Western governments.

Badreddine, was also one of five Hezbollah members indicted by the UN-backed Special Tribunal for Lebanon in the 2005 killing of statesman Rafik al-Hariri. The group denied any involvement and said the charges were politically motivated.

The US Treasury statement also said he had led Hezbollah ground offensives in the Syrian town of al-Qusayr in 2013, a critical battle in the war when Hezbollah fighters defeated Syrian rebels in an area near the Syrian-Lebanese border.

Around 1200 Hezbollah fighters are estimated to have been killed in the Syrian conflict. These include prominent fighters Samir Qantar and Jihad Moughniyah, the son of Imad Moughniyah, who were killed in separate Israeli attacks last year.

Hezbollah responded in both cases, though the incidents were contained with the sides seeking to avoid any repeat of the 2006 war, which exacted a heavy price in Israel and Lebanon.

Hezbollah accuses Israel of carrying out the 2008 killing of Moughniyah, who was killed by a bomb in Damascus.