More than 2000 new species of plants were discovered last year, and 21 percent of all plant species are at risk of extinction, a new tally shows. 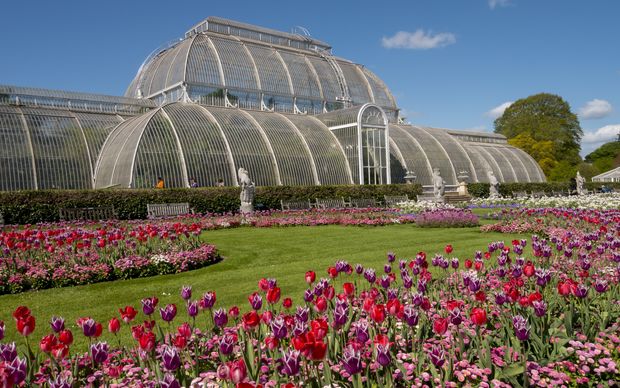 The new tally is part of a report carried out by the Royal Botanic Gardens, Kew, in London. It is its first global assessment of the world's flora.

In it, scientists estimated there were 390,900 plants known to science, and noted that 2034 new plant species were discovered in 2015.

The report also warned that 21 percent of plants were at risk of extinction due to threats including climate change, habitat loss, disease and invasive species.

Last year's discoveries included a tree called Gilbertiodendron maximum, which grows up to 45m high, found in the forests of Gabon in West Africa.

Ninety new species of Begonia were also uncovered, as were five new species of onion and a sprawling, insect-eating plant called Drosera magnifica in Brazil, which was first spotted on Facebook.

Botanists from China, Australia and Brazil were the most likely to find and name new plants.

The Kew team also assessed the problems faced by the world's flora.

The researchers warned that habitat changes, including the loss of mangroves and forests, were having a big impact on many species. 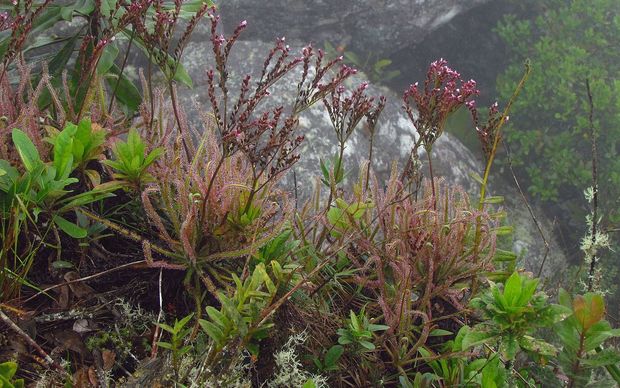 The insect-eating Drosera magnifica was discovered after someone posted a picture of it on Facebook. Photo: Wikicommons

RBG Kew director of science Kathy Willis said it was important to know how many plant species there were, where they were, and the relationship between the groups, because plants are absolutely fundamental to our well-being.

"They provide us with our food, our fuel, our medicines - even controlling our climate," she said.

The researchers came up with their new plant total by searching through existing databases.

However, they found a lot of overlap within those records, with some plants being given different names by different botanists at different times.

In total, they estimated that, excluding algae, mosses, liverworts and hornworts, there are 390,900 plants, of which approximately 369,400 are flowering species.

"This is just scratching the surface. There are thousands out there that we don't know about," Prof Willis said.

Pests and diseases were also labelled as a major problem, with the majority of research focused on commercial crops rather than the pathogens that attacked wild species.

"They are a real driver of species loss."

With the damage they cause to the environment and the difficulty and expense of removing them, the report says the global cost of invasive species is estimated at nearly 5 percent of the world's economy.

The conservationists have now logged 4979 invasive species around the world.

"Now that we've got this list and this number, it's certainly a bit like 'know your enemy'," Dr Clubbe said.

"We know what we are dealing with, we can then look at them and see what's similar, what makes a good invasive, and then see how we can use that information to have better management practices in place or recommendations for how you deal with them."

The report also found that more than 10 percent of the parts of the Earth covered with vegetation were highly sensitive to climate change.

However, the longer-term effects were not yet clear, said Prof Wallis.

"There are some areas where the increase in atmospheric carbon dioxide is good for some plants, so we have the greening of the Arctic, some areas of savannah are also getting shrubbier and some trees are getting bigger.

Kew's global assessment will now be carried out annually, allowing scientists to monitor how plants are changing over time.