An ode to mangroves

"Mangroves have always had that bad rap. They’ve always been seen as wastelands of no importance, while they really are wetlands of supreme importance.” _Kennedy Warne 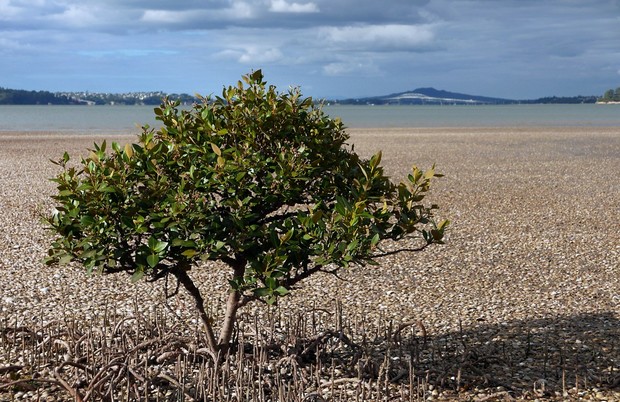 Mangroves thrive in intertidal habitats where no other tree could survive. Photo: Kennedy Warne

Mangroves have a rather mixed reputation. Some see them as useless weeds whose expansion needs to be controlled. Others appreciate their ecological role as coastal nurseries and natural breakwaters. Mangroves are both one of our most unusual native trees and possibly the most contentious. 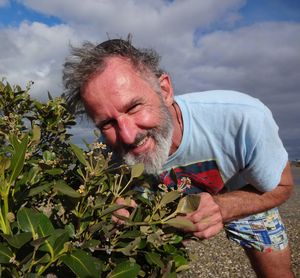 Among their supporters is Kennedy Warne, a writer and co-founder of the New Zealand Geographic magazine, who has explored many of the world’s mangrove stands to celebrate the “rainforests of the sea” and to highlight that, globally, these ecosystems are disappearing fast.

In New Zealand, he says, the issues are different. Here, mangroves have been spreading, taking root as estuaries become muddier as a result of erosion and sediment flowing down from rivers and stormwater drains. Their expansion brings them into conflict with people.

In response to demands from residents, the proposed Auckland Unitary Plan identifies areas where mangroves can be cut back to 1996 levels, without the need for resource consent, to stem their spread. Overall, the plan calls for the protection of mangroves in significant ecological areas or where they mitigate against coastal erosion, but outside of these spots, seedlings can be removed and established trees cleared to bring mangrove forests back to the range they occupied two decades ago.

“Mangroves have always had that bad rap,” Kennedy Warne says. “They’ve always been seen as wastelands of no importance, while they really are wetlands of supreme importance.”

He says it’s not the trees, but our activities, that are to blame for the mangrove spillover. “They are opportunists, and if we create a suitable substrate or habitat for them … mangroves are going to take over.”

The island of mangroves

Motu Manawa, the island of mangroves, is a nature reserve within view of Auckland's downtown. Photo: Veronika Meduna / RNZ

Mangroves are superbly adapted to their intertidal habitat, where no other tree could survive.

To see them in an undisturbed state, I asked Kennedy to take me on a tour of Motu Manawa, the island of mangroves. Also known as Pollen Island, this is an unlikely nature and marine reserve, fringed by an industrial zone, cut by a motorway and surrounded by densely populated suburbs within view of Auckland’s harbour bridge.

Recent storms have washed away the sediment around some of the mangroves at the edge, exposing a shallow tangle of roots that extends across an area significantly larger than the height of the trees themselves. Further in, the muddy ground covers the main roots but sprouts a spiky carpet of aerial roots, or pneumatophores, that act as breathing snorkels.

“These trees can live with one foot in the sea and one foot on land. They are the only group of plants that can do this and that is able to withstand the twice-daily immersion in salt water.” 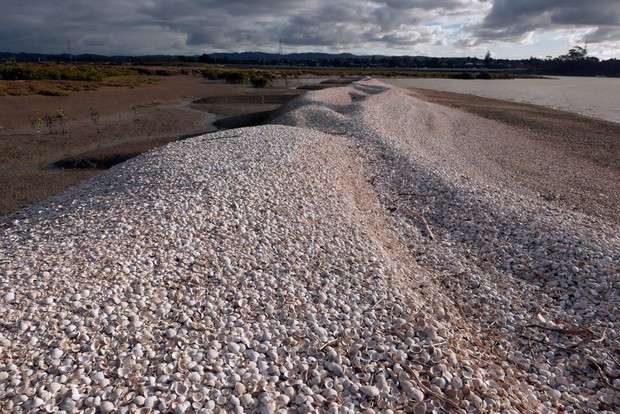 Motu Manawa is also known as Pollen Island, named after Daniel Pollen who bought the island in 1844 to extract cockle shells to make lime for his brickworks. Photo: Kennedy Warne 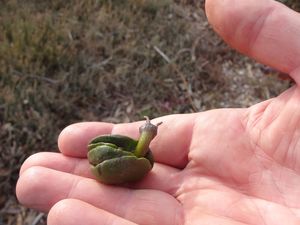 Mangroves drop their seeds into the ocean where they drift, sometimes for hundreds of kilometres, until they find suitable habitat to grow. Photo: Veronika Meduna / RNZ

The term mangrove refers to several plants that have acquired an amphibious lifestyle. Tropical mangrove forests include many different species, but New Zealand is the southern-most outpost for one particular species, Avicennia marina. Its geographical limit is along a line drawn between the Waikato and the Bay of Plenty.

In the tropics, mangrove forests are known to provide important coastal nurseries for fish and invertebrates, including many fish that are caught for human consumption. Here, mangroves have a similar ecological function, harbouring spineless mud dwellers and the juveniles of fish and, in doing so, providing food for creatures further up the food web.

In a specific example, the removal of mangroves could tip the balance for the critically endangered fairy terns testing in Northland’s Mangawhai harbour.

A line of defence

In their intertidal habitat, mangroves stand between us and the sea. Their roots stabilise soft coastlines, prevent erosion of the land, and act as the “kidneys of the coastline”.

“They are a wonderful filtration system, filtering out nutrients and pollutants coming of the land and so protecting the sea,” says Kennedy Warne.

Going in the other direction, they also protect us from the ocean. “They are a breakwater, a coastal buffer. Research has been done that quantifies the ability of mangroves to quell storm surges and to dissipate the energy of the waves through the labyrinth of their roots.”

A recent study shows that mangrove forests could play a crucial role in protecting vulnerable parts of the coast from rising seas. In a collaborative effort, scientists in New Zealand and the UK have simulated how growing mangrove forests create networks of tidal channels and how these channels, in turn, affect the trees. The model shows that within a growing mangrove forest, these channels become shallower as they fill up with organic matter from the trees and trapped sediment, raising the bed until the area is no longer inundated by the tide.

Last but not least, Kennedy Warne says like any other forests, mangrove stands are efficient carbon sinks. “Mangrove forests are some of the best carbon storage habitats in the world. And as everyone is looking around for ways to sequester carbon, ways to decarbonise, here we’ve got a plant that is really good at that.”