Donald Trump's two rivals for the Republican party's presidential nomination say they will now co-ordinate strategies against him. 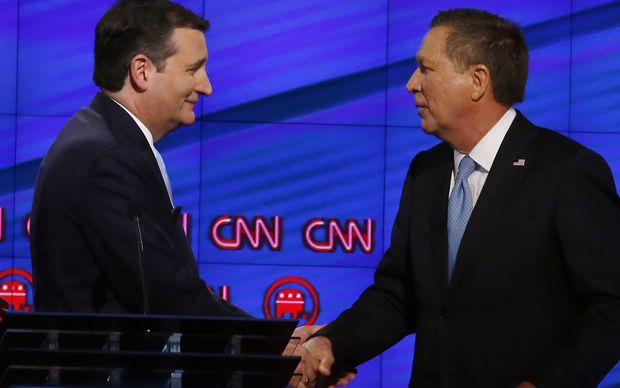 Ted Cruz will cut campaigning in the Oregon and New Mexico primaries to help Mr Kasich, while the latter will give Mr Cruz a "clear path" in Indiana.

He has a clear lead in delegates but might still fall short of the 1237 needed to win outright.

If he does not reach the target, the vote will go to a contested convention - where a different nominee may emerge through negotiations among party figures.

Mr Cruz's campaign manager, Jeff Roe, said: "Having Donald Trump at the top of the ticket in November would be a sure disaster for Republicans. Not only would Trump get blown out by [Hillary] Clinton or [Bernie] Sanders, but having him as our nominee would set the party back a generation."

John Weaver, Mr Kasich's strategist, said in a statement released on the Team Kasich site: "Our goal is to have an open convention in Cleveland, where we are confident a candidate capable of uniting the party and winning in November will emerge as the nominee."

Wow, just announced that Lyin' Ted and Kasich are going to collude in order to keep me from getting the Republican nomination. DESPERATION!

Lyin' Ted and Kasich are mathematically dead and totally desperate. Their donors & special interest groups are not happy with them. Sad!

Some Republican strategists have been urging this deal for weeks but analysts say it might now have come too late to stop Mr Trump.

Mr Trump tweeted: "Wow, just announced that Lyin' Ted and Kasich are going to collude in order to keep me from getting the Republican nomination. DESPERATION!

"Lyin' Ted and Kasich are mathematically dead and totally desperate. Their donors & special interest groups are not happy with them. Sad!" 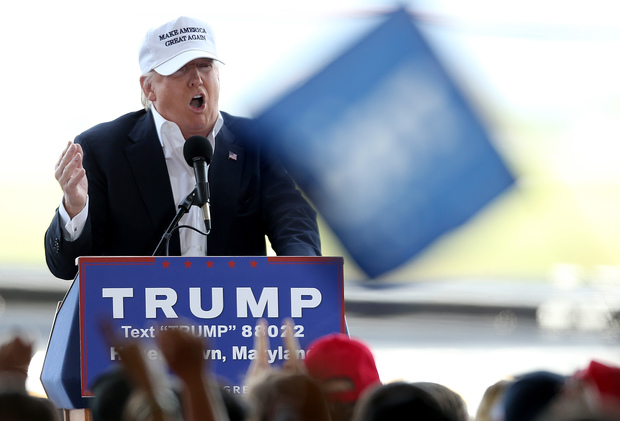 Mr Trump has frequently said the party nomination process is "rigged" to favour establishment figures against him.

However, he did last week promise to change his image, in a closed-door meeting with Republican party leaders.

The Indiana primary is on 3 May and Oregon is on 17 May, with New Mexico on 7 June.

But before those comes voting in five north-eastern states where Mr Trump is heavily favoured.

Campaigning in Maryland on Sunday, Mr Trump said he was confident of avoiding a contested convention.

On the Democratic side, Bernie Sanders spoke to a rally of 14,000 supporters in New Haven, Connecticut, on Sunday, again accusing Mrs Clinton of earning money through "speeches behind closed doors on Wall Street".

Mrs Clinton retains a clear lead in delegates and will hope the north-eastern state votes will effectively put an end to Mr Sanders' dogged campaign.

The pair have traded increasingly hostile remarks in recent weeks.

But Democratic National Committee chairwoman Debbie Wasserman Schultz said: "Regardless of the intensity of what's played out here... we are going to be unified."