Republican Donald Trump has said the party's leaders do not want him to win the US presidential nomination.

The system was "stacked" against him, he said in New York, accusing the Republican National Committee (RNC) of conspiring against him. 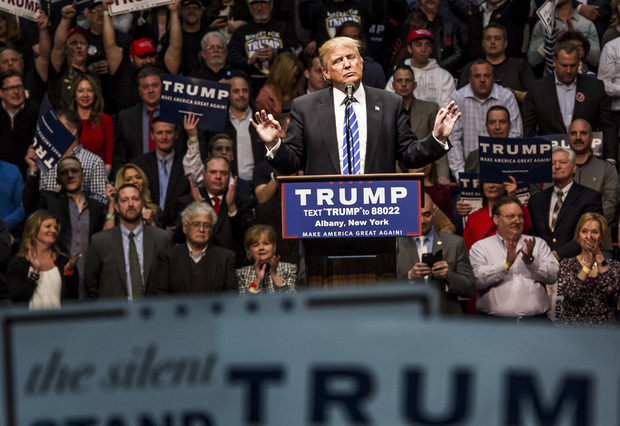 His comments come after his rival Ted Cruz was awarded all the delegates in Colorado without a state-wide vote.

Mr Trump leads the race but may fall short of getting enough delegates to get the nomination outright.

That would lead to a contested convention in July, where delegates are free after the first ballot to back whichever candidate they want, opening the door for Texas Senator Mr Cruz or even the third candidate in the race, John Kasich.

The Washington Post reported on Wednesday that Mr Cruz is likely to win on a second vote, because he had persuaded so many delegates to vote for him when they are "unbound" to vote as pledged.

Republican National Committee chairman Reince Priebus rejected Mr Trump's charge that the rules in states like Colorado had been changed in response to his rise in the polls.

Mr Priebus tweeted that the nomination process had been well known for more than a year.

Nomination process known for a year + beyond. It's the responsibility of the campaigns to understand it. Complaints now? Give us all a break

"It's the responsibility of the campaigns to understand it. Complaints now? Give us all a break."

Asked at a town hall event in New York whether the RNC wanted him to win, Mr Trump said: "No, I don't think so. I really don't."

He has been criticised for not campaigning hard enough on the ground in states like Colorado.

But Mr Trump said delegates who wanted to support him were being pushed out by the RNC.

"They don't like when I put up my own money because it means they don't have any control of me because I'm working for the people," he said.