Germany is seeking the creation of "safe zones" to shelter refugees in Syria, Chancellor Angela Merkel has said, an idea Turkey has long championed in the face of UN caution. 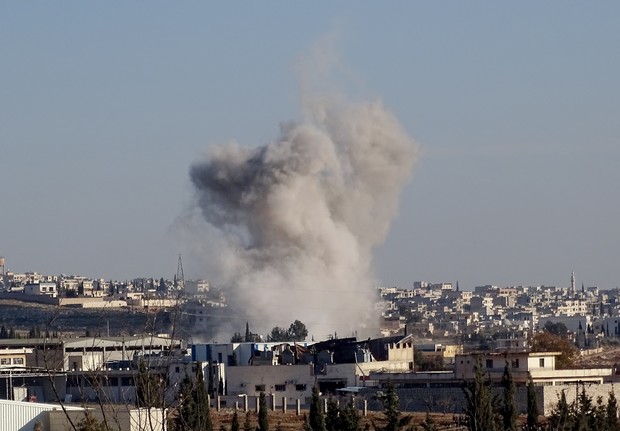 Keeping refugees on the Syrian side of the border would help Brussels and Ankara - which host 2.7 million Syrian refugees - stem the flow of migrants to European shores.

The UN has warned against the plan unless there was a way to guarantee the refugees' safety in the war-torn state.

The ceasefire in Syria, which began at the end of February, has since faltered. The opposition said the truce - which excluded powerful jihadist groups such as Islamic State and the Nusra Front - was no longer in place.

At a news conference in the Turkish city of Gaziantep, Merkel called for "zones where the ceasefire is particularly enforced and where a significant level of security can be guaranteed."

As tens of thousands of refugees fleeing the fighting in Syria are unable to cross into Turkey, some have accused Turkey of stealthily forming such a zone. 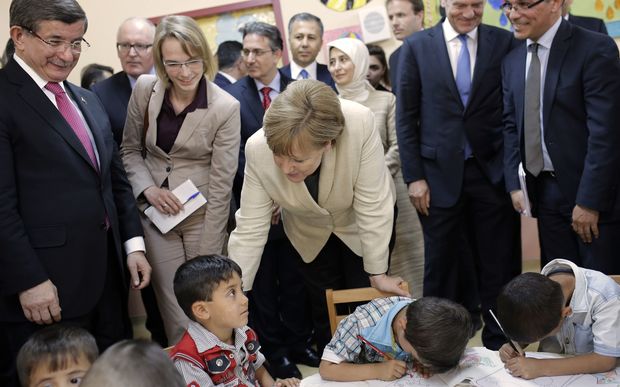 The EU-Turkey agreement to send back thousands of migrants from the Greek islands to Turkey has also been fiercely criticised by United Nations refugee and human rights agencies, as immoral and a violation of international humanitarian law. Rights groups say Turkey is not a country where returnees can be guaranteed proper protection.

The agreement meant smugglers could not secure passage to northern Europe and initially slowed the numbers of new arrivals to Greece.

But boats have been arriving with about 150 people a day, indicating the "hermetic sealing" of the route appears to be over, the International Organization for Migration (IOM) said.

One side of the bargain used to sell the migrant deal to the Turkish public was Turks winning quicker visa-free travel to Europe - a pledge that now could go unfulfilled.

On Saturday (local time) Davutoglu said there would be no more readmissions if visa liberalisation was not enacted, but that he believed the EU would take the necessary steps.

"We have said that Turkey naturally must fulfil the conditions, these are 72 projects that must be implemented," Merkel said. "My aim is that we stick to those understandings. Provided that Turkey delivers the relevant results." 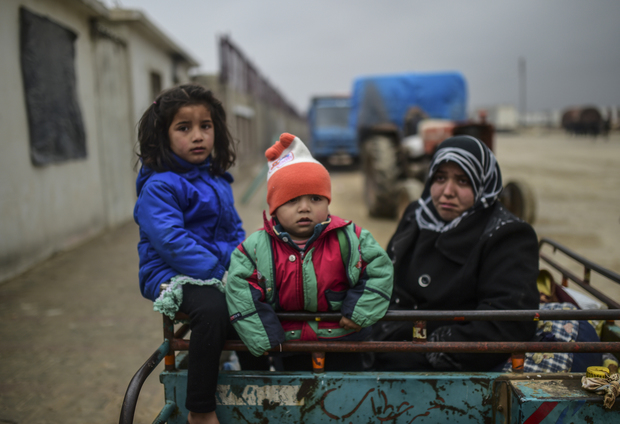 Davutoglu, Merkel, EU Council President Donald Tusk and Vice-President of the European Commission Frans Timmermans visited a refugee camp in Nizip and the inauguration of a child protection centre in Gaziantep.

Following comments from Turkish officials that there were problems in releasing the 3 billion euros promised to Turkey to look after refugees, Tusk said access to the funds was being accelerated.

Hundreds of thousands of Syrian children in Turkey have no access to education. Davutoglu said Turkey had met all its responsibilities, including giving refugees the right to work.

But a work permit scheme for refugees designed to protect them from exploitation has been slow to gain traction, with many Syrians unable to apply without the support of their bosses.

Yet Tusk on Saturday praised Turkey as a refugee host.

"Today Turkey is the best example in the entire world of how to treat refugees. I am proud that we are partners. There is no other way," he said.

Amnesty International has said Syrians are being shot at trying to enter Turkey while others are being deported to Syria against their will, a claim Davutoglu refuted on Saturday.

"While Turkey and Europe haggle over long standing political battles like visa free travel, refugees continue to suffer with little chance of protection in Europe and serious violations against them in Turkey," said Gauri van Gulik, deputy Europe director at Amnesty International.

"All states have a duty to protect refugees that can't be traded away for political expediency."