500 wounded or sick people and their families are being evacuated from besieged towns in Syria, after New Zealand's UN representative highlighted their plight at the Security Council. 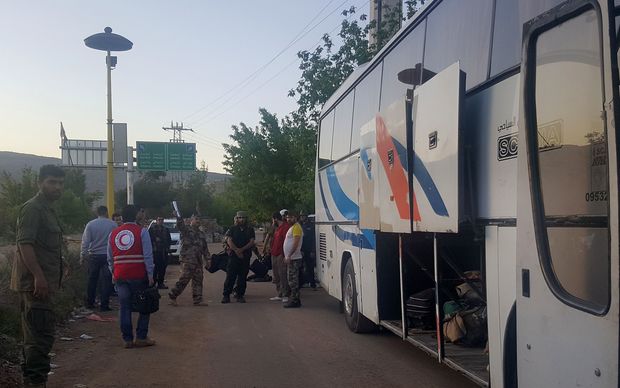 Syrians prepare to board as bus to leave the besieged town of Madaya, on 20 April. Photo: AFP

Two of the towns, Zabadani and Madaya, are being blockaded by pro-government forces; the others, al-Foua and Kefraya in Idlib province are surrounded by Islamist rebel groups.

Almost half a million people live under siege in Syria, the UN estimates.

Mr van Bohemen said the tactic of siege and starvation was one of the most appalling characteristics of the Syrian conflict and argued that starving people in besieged towns was a warcrime.

New Zealand and Spanish ambassadors then called for the urgent evacuation of 400 people in dire need of medical evacuation.

Syrian peace talks that began a week ago in Geneva have hit difficulties and it is not clear whether a partial truce that has lasted seven weeks so far will hold.

Opposition representatives walked out of the talks this week, blaming government violations of the ceasefire.