United States Republican presidential candidate Ted Cruz has won all 14 delegates in contention at a state party convention in Wyoming. 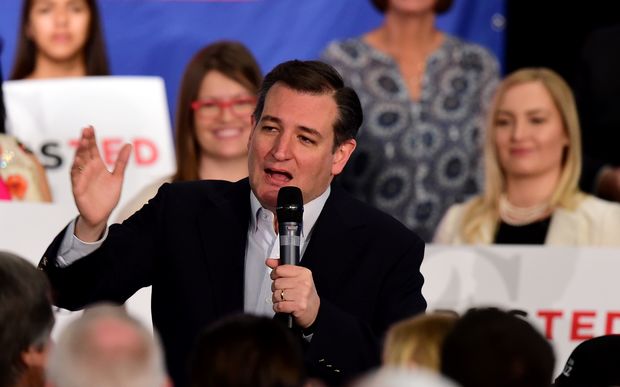 Ted Cruz took all the delegates from both the Wyoming and the Colorado state convention. Photo: AFP

The delegates were chosen by party members rather than ordinary voters.

Wyoming does not hold a primary vote. Instead, 475 party activists convened in Casper on Saturday to hold a state convention and award 14 delegates.

Previously, 12 other delegates had been designated at county-level conventions. Mr Cruz won 10 of those, with one going to Mr Trump and another being elected as "unbound".

While Mr Trump has won 21 state nominating contests to Mr Cruz's 10, the billionaire leads the Texas senator by only 196 delegates (755-559). That means he must win nearly 60 percent of those remaining before the party's political convention in July.

Mr Cruz spoke at the convention, capping off a months-long effort to organise support in the state. Mr Trump had originally planned to send former Alaska Governor Sarah Palin, who remains popular among conservatives, as a surrogate, but she cancelled at the last minute.

Mr Trump - who did not actively campaign in the state - remained the Republican front-runner overall. 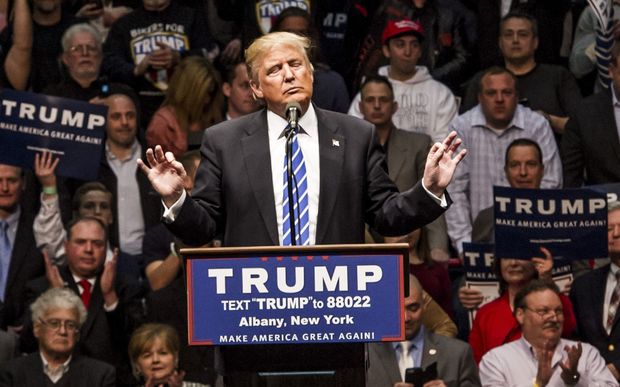 However, the billionaire could fall short of the number of delegates needed to secure the Republican nomination for November presidential election.

That would mean a contested convention where delegates are free after the first ballot to back whichever candidate they want, opening the door for Texas Senator Mr Cruz or even the third candidate in the race, John Kasich.

Mr Trump was critical of the Wyoming process, again on Saturday calling it "rigged" while speaking at a rally in Syracuse, New York.

He has repeatedly complained about Colorado, which awarded all 34 of its delegates to Mr Cruz despite not holding a popular vote.

The result from the Wyoming contest brings Mr Cruz's tally from 545 to 559 delegates. Mr Trump has 743.

In the Democratic race, Ms Clinton is still ahead of her only remaining rival, Vermont Senator Bernie Sanders.

The pair are also heading for a key primary in New York, and [http://www.radionz.co.nz/news/world/301617/us-election-democrats-get-fired-up-at-ny-debate sparred at a televised debate on Friday (NZ time).