The United States has sent nine prisoners from Guantanamo to Saudi Arabia, in the latest step in President Barack Obama's final push to close the military jail. 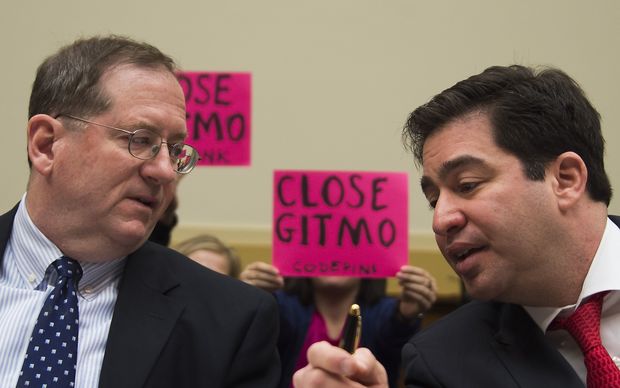 The group includes one inmate who had been on a hunger strike since 2007.

American officials said the inmates could not be sent to Yemen because the country was too unstable - instead they would be sent to Saudi Arabia where they all had family.

Saudi officials agreed after lengthy negotiations to take the nine Yemenis for resettlement and put them through a government-run rehabilitation program that seeks to reintegrate militants into society, the officials said.

The group announced by the Pentagon was the largest shipped out of the Guantanamo Bay prison since Obama rolled out his plan in February aimed at shutting the facility.

The most prominent of the transfers was Tariq Ba Odah, a 37-year-old Yemeni whom the military had been force-feeding daily since he went on a hunger strike in 2007.

His legal team said he was down to 33.5 kilograms, losing about half his body weight.

The transfer would leave 80 prisoners at the detention centre in Cuba.

Mr Obama was set to travel to the kingdom next week.

A US official said the transfer was not orchestrated for Mr Obama's trip and the timing was a coincidence.

It was the result of years of negotiations, including an Oval Office appeal by Mr Obama to the visiting King Salman in September and visits to the kingdom by US Secretary of State John Kerry, the official said. 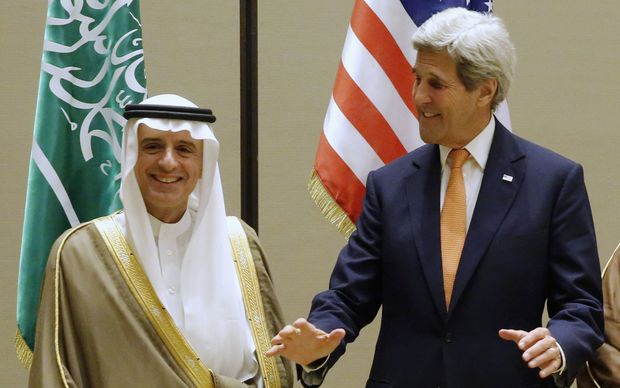 "Saudi Arabia would be forced to sell up to $750 billion in Treasury securities and other assets in the United States before they could be in danger of being frozen by American courts" the newspaper reported foreign minister Adel al-Jubeir as saying.

The bill, which passed the Senate Judiciary Committee earlier this year, would take away immunity from foreign governments in cases "arising from a terrorist attack that kills an American on American soil".

Citing administration officials and congressional aides, the newspaper said the threats had been the subject of intense discussions between lawmakers and officials from the State Department and the Pentagon.

The Obama administration had lobbied the US congress to block the passage of the bill, it said.

The State Department said it stood "firmly with the victims of these acts of violence and their loved ones".

"We remain committed to bringing to justice terrorists and those who use terrorism to advance their depraved ideology," State Department spokesman John Kirby said.

In September, a US judge dismissed claims against Saudi Arabia by families of victims of the attacks, saying the kingdom had sovereign immunity from damage claims by the families and from insurers that covered losses suffered by building owners and businesses.

Mr Obama is required to leave office in January 2017.