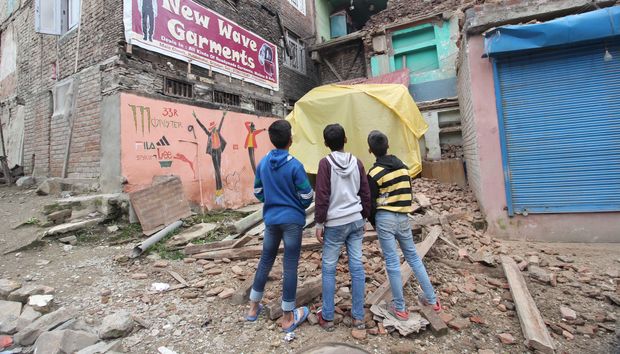 At least one person died in Pakistan's Swat region, with another 30 injured, emergency officials said.

United States Geological Survey said the earthquake was centred about 40km west of Ashkasham in remote northeastern Afghanistan, close to the border with Tajikistan and just across a narrow finger of land from Pakistan's northwestern Chitral province.

Residents left homes in Kabul and Islamabad when the quake struck, with buildings swaying for more than a minute in both capitals. Similar reports were received from across northern and central Pakistan. 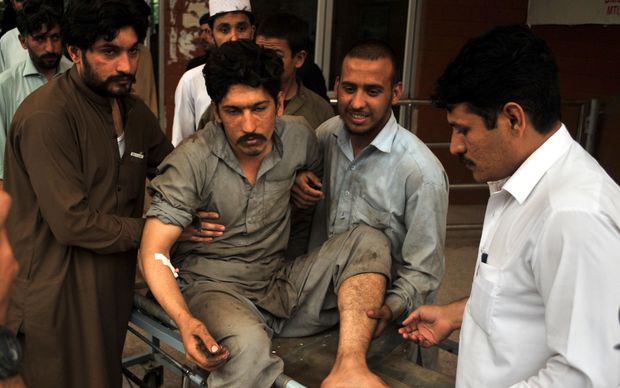 People carry an injured victim to a hospital in the northwestern city of Peshawar, Pakistan. Photo: AFP

People in Lahore in Pakistan's east, 630km from the epicentre, also reported they had felt the tremors.

A witness in Chitral said the tremor was strong but there was no major damage visible.

A 7.5 magnitude quake struck the area on 26 October last year, killing more than 300 people and destroying thousands of homes. 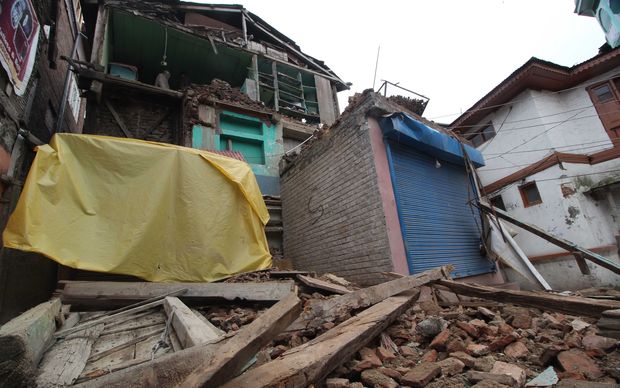 A residential house shows damage in a powerful earthquake in Srinagar, the summer capital of Indian-controlled Kashmir. Photo: AFP

In Kabul, Afghanistan National Disaster Management Authority spokesman Omar Mohammadi said officials were collecting information but no reports of casualties or damage had been received so far.

The Hindu Kush area bordering Pakistan and Afghanistan is a seismically active area, with quakes often felt across the region.

Just over a decade ago, a 7.6 magnitude quake in another part of northern Pakistan killed about 75,000 people.