Rescue efforts are being stepped up after a deadly magnitude 7.5 earthquake hit remote areas of Afghanistan and Pakistan. 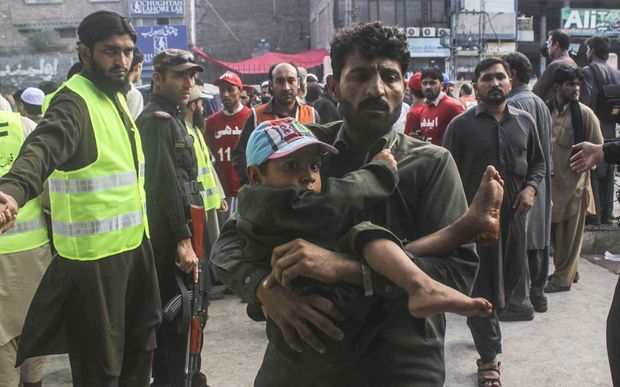 An injured boy is carried to hospital in Peshawar, Pakistan, after the 7.5 magnitude quake in neighbouring Afghanistan. Photo: AFP

The quake was centred in Afghanistan's mountainous Hindu Kush region, about 250 kilometres north of Kabul, the US Geological Survey reported. It struck at 1.40pm on Monday local time (10.10pm NZDT). 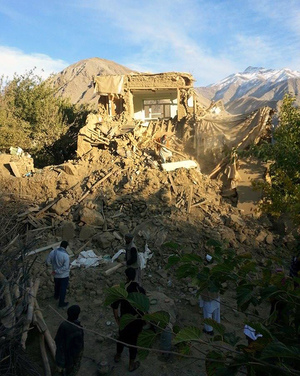 Most of the fatalities so far reported are in Pakistan with at least 214 known casualties - mostly in the northern and northwestern regions bordering Afghanistan.

In the province of Khyber Pakhtunkhwa alone, authorities said at least 179 people were known to have died and more than 1800 were injured.

In Afghanistan, at least 12 girls were killed in a stampede to flee their school building in the northeastern province of Takhar, just west of the province of Badakhshan where the earthquake's epicentre was located.

Rescue teams have been sent to remote mountainous areas in both countries, where the effects of the earthquake are still unclear.

Many people across the region - afraid of a new quake - spent the night sleeping outside in temperatures close to freezing, according to media reports.

Afghanistan's chief executive Abdullah Abdullah said the earthquake was the strongest felt in the country in recent decades.

The government was working to provide assistance for those affected, he said.

The Pakistan Red Crescent tweeted that its disaster response team had been dispatched to the affected areas.

Pakistan's information minister said the top priority was to save lives, and the rescue operation would continue "round the clock", state media reported.

The number of reports of deaths is expected to rise in coming days because communications have been down in much of the mountain range where the quake was centred.

India, Iran and US forces in Afghanistan have all offered help, but so far the local authorities have not requested assistance. 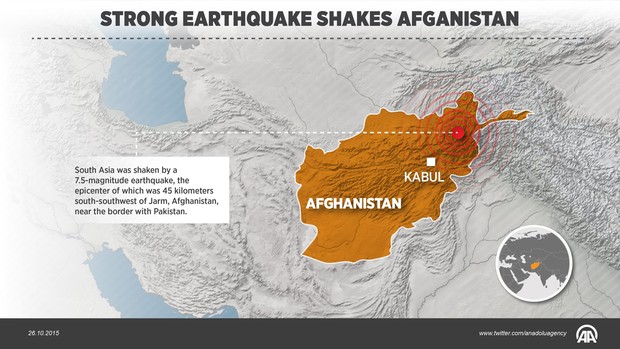 The earthquake was centred in a mountainous region in northern Afghanistan. Photo: Kemal Delikmen / ANADOLU AGENCY

The earthquake was deep - over 200 km below the surface - which meant the shaking at ground level was less than it would have been for a shallow earthquake.

The USGS said a series of tremors, all measuring 4.0 or higher, struck west of the original quake in the hours after it.

Residents of Kabul and the Indian capital Delhi were also shaken by the earthquake, which sent frightened people rushing into the streets. Buildings in the Tajik capital Dushanbe were also damaged by the tremors.

The region has a history of powerful earthquakes caused by the northward collision of India with Eurasia. The two plates are moving towards each other at a rate of 4-5 cm per year.

In April this year, Nepal suffered its worst earthquake on record, with 9000 people killed and about 900,000 homes damaged or destroyed. 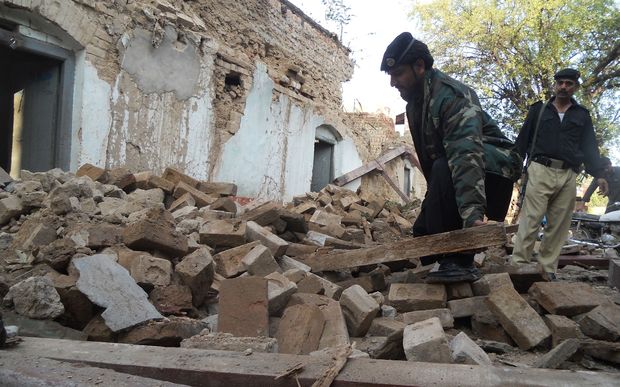 A Pakistani policeman digs through the debris of collapsed houses in Kohat. Photo: AFP 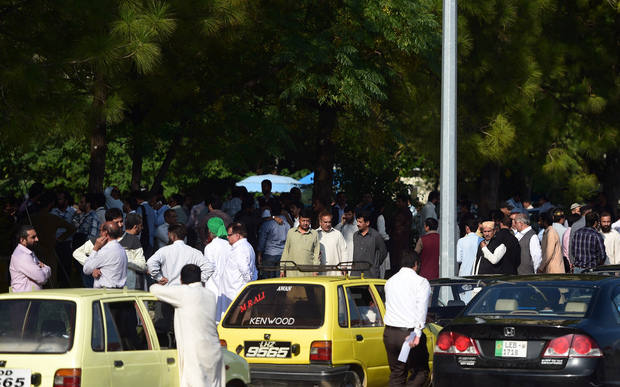