A magnitude 4.8 earthquake gave Taranaki residents a judder this morning when it hit at 9:05am. 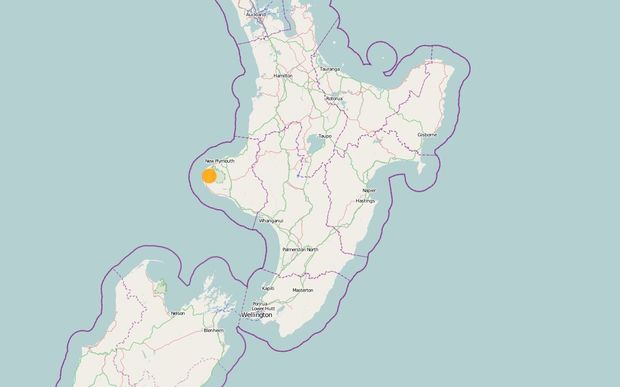 A map showing the location of the earthquake. Photo: GeoNet screenshot

It struck 20km north of Opunake, according to GeoNet, at a depth of just 18km. 'Felt' reports were filed on GeoNet as far east as Waiouru and right the way down to the top of the South Island.

Rocking and rolling over breakfast in Hawera! #eqnz

Just about got under my desk #eqnz

Elva Symons, who lives in Rahotu, said the quake hit with a bang. She said the tremors continued for about ten minutes but nothing was damaged at her house.

A 2.6 magnitude aftershock hit 15 kms north of Opunake around 10 minutes after the initial shake.

The quake was felt in Hamilton, Hawkes Bay and in Blenheim.