Presidential candidate Donald Trump has reversed his position after calling for "some form of punishment" for women who have abortions, if it becomes illegal. 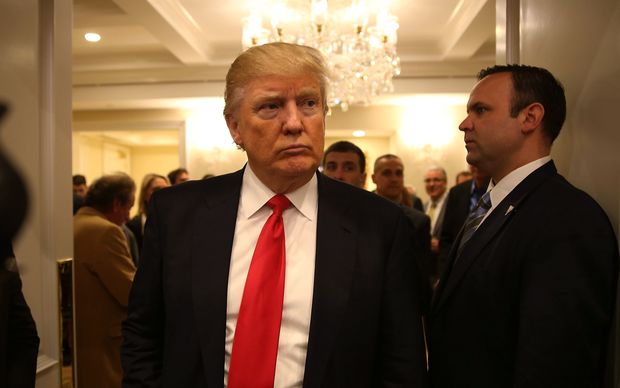 Donald Trump had previously said there should be 'some form of punishment' for women who accessed illegal abortions. Photo: AFP

His initial comments, made during a town hall event with cable network MSNBC, sparked a wave of criticism.

However, Mr Trump quickly changed his position, and said only the person who performed the abortion should be punished.

But he maintained: "My position has not changed."

In a clip MSNBC aired from the event, Mr Trump said even if abortions were banned, some women would access the procedure illegally.

The front-runner supported a ban on abortions, with certain exceptions.

Abortion has been legal in the United States since 1973 after a landmark Supreme Court ruling.

Only that court or a constitutional amendment has the power to overturn Roe v Wade and make abortion illegal.

Once a Democrat, Mr Trump has been criticised for supporting abortion rights in the past.

"Mr Trump's comment today is completely out of touch with the pro-life movement and even more with women who have chosen such a sad thing as abortion," said Jeanne Mancini, the president of the March for Life Education and Defense Fund.

"No pro-lifer would ever want to punish a woman who has chosen abortion," she said.

Democratic front-runner Hillary Clinton has been an outspoken critic of Mr Trump's stance on women's issues.

"Just when you thought it couldn't get worse. Horrific and telling," said Mrs Clinton after his latest comments.

Just when you thought it couldn't get worse. Horrific and telling. -H https://t.co/Qi8TutsOw9

"Once again, Donald Trump has demonstrated that he hasn't seriously thought through the issues, and he'll say anything just to get attention."

Republican leaders have expressed concern about Mr Trump's prospects in the general election, because polls show the New York businessman is extremely unpopular with female voters.

"If Trump's words about women - calling us 'disgusting', 'slobs' and 'fat pigs' - didn't scare us, this should," said Kate Black of Emily's List, a group committed to electing female Democrats who support abortion rights.

His campaign manager, Corey Lewandowski, was arrested on Tuesday, accused of a minor assault on a female reporter.

Anti-abortion activists traditionally have avoided placing blame on women who undergo abortions, but have focused on those who perform the procedure.

Recently, conservatives have sought to tighten restrictions on abortion clinics and doctors rather than seek an outright ban.

Abortion rights advocates have said these measures were meant to restrict women's access to abortion.

The new laws were particularly widespread in conservative southern states.