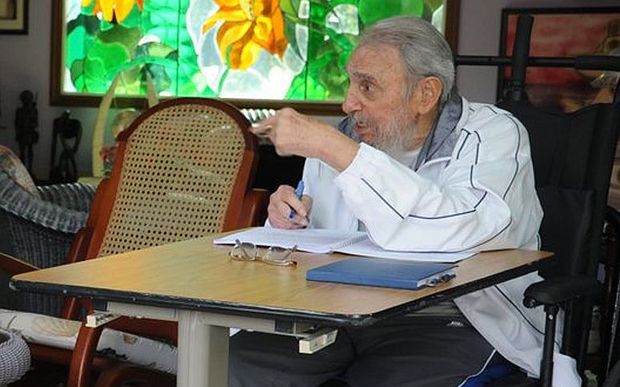 Fidel Castro, 89, in his home in Havana this month. Photo: AFP

In a letter published in the state-run newspaper Granma, Castro, who handed power to his brother Raul a decade ago, described Mr Obama's words of reconciliation as "syrupy" and warned they could give Cubans a heart attack.

Mr Obama had suggested it was time to bury the last remnant of the Cold War in the Americas. 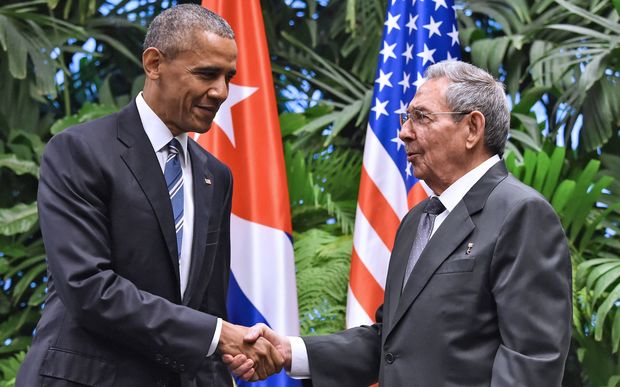 US President Barack Obama, left, and Cuban President Raul Castro shake hands during a meeting at the Revolution Palace in Havana on 21 March 21, 2016. Photo: AFP

In his 1500-word letter, the 89-year-old reminded readers of the Bay of Pigs invasion of 1961, in which a CIA-sponsored paramilitary force of Cuban exiles attempted to take over the island.

However, he also wrote his "modest suggestion" that Mr Obama "reflects and doesn't try to develop theories about Cuban politics".

During his visit, Mr Obama invoked "a future of hope" for Cuba in an unprecedented live TV address delivered from the Grand Theatre in Havana.

He told Cuban President Raul Castro that he did not need to fear a threat from the US nor from "the voice of the Cuban people".

He also called for the lifting of the 54-year old US trade embargo against Cuba, a remark which was met by loud applause.

The embargo remained one of the main sticking points in US-Cuban relations but could only be lifted by the US Congress.

Mr Obama's visit to Cuba was the first by a US president since the Communist revolution in 1959.