Water consumers could face a charge of $AU8 billion ($NZ9b) to safely remove asbestos piping in Australia, according to the nation's peak water industry body. 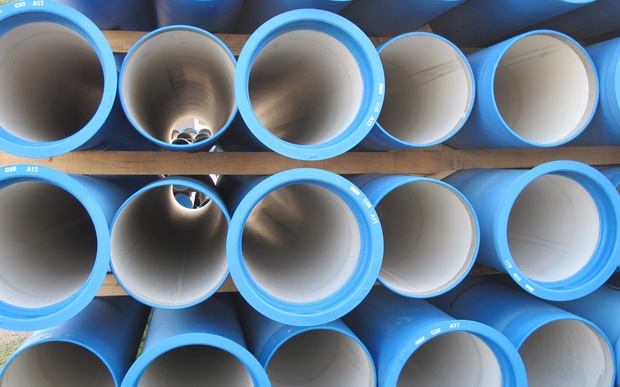 About 40,000 kilometres of water pipelines contain asbestos cement that is starting to wear out, the body said.

It was not widely realised that many of the country's water pipes were made by Australia's biggest asbestos manufacturer James Hardie, the ABC reported.

"Hardies had a number of factories around the country that just made pipes and they were predominantly used by the different water companies around Australia," said lawyer Tanya Segelov, who is a member of the council for the Asbestos Safety and Eradication Agency.

"There are millions and millions of pipes around the country that remain in the ground that are now 50, 60 or 70 years old."

The Water Services Association of Australia said some of the pipes were coming to the end of their useful life.

"So water utilities are monitoring how those pipes are working, how they are holding up," the association's managing director Adam Lovell said.

The pipes are located all over Australia but they are most concentrated in regional areas, where sometimes up to half of all water pipelines are made with asbestos cement.

There is no evidence the pipes can cause cancer by drinking water from them, but there is a potential danger from dust when the pipes are disturbed.

To fix worn-out pipes is a major expense.

"We estimate that just to rehabilitate all of the asbestos cement pipelines out there is in the order of $8 billion," Mr Lovell said.

"You don't necessarily want to go rushing out and replace it all, either.

"The current standard practice, the safest practice, is to remove sections of the pipeline ... rather than trying to repair it on site."