Labour is asking Health Minister Jonathan Coleman to set up a register so people who believe they may have been exposed to asbestos at Dunedin Hospital can be assessed and monitored. 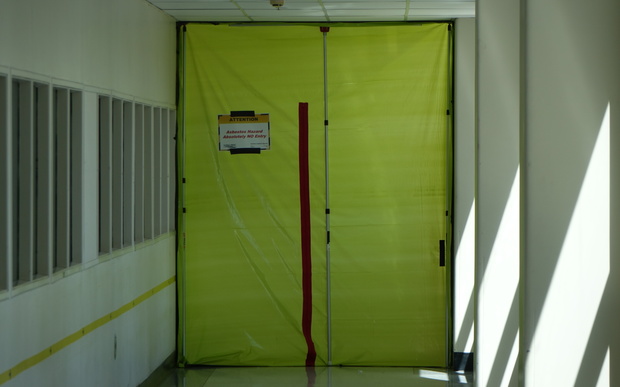 The party's acting health spokesperson David Clark said it was time for the minister to act.

"It's not clear how many people have been affected, but it could be an awful lot.

These problems were highlighted in report by engineering consultants Beca last year and the time to rebuild the hospital was now, Mr Clark said.

The asbestos was discovered as part of routine testing in the hospital.

Southern District Health Board commissioner Kathy Grant said she was not sure whether past patients, including pregnant women, would be notified of the possible exposure, but said the medical advice was that the level of risk was low to negligible.

The board said this afternoon that the entire Clinical Services Building had now been tested for asbestos.

All the air tested to date was below the national guidelines for exposure, while swab tests have tested negative for asbestos, it said.

It was hoped essential services such as radiology could be restored within days, Ms Grant said.

"We are hopeful that as a result of the cleaning work on those first floor corridors within radiology, those services will be able to be progressively restored."

Contractors were using special vacuum cleaners and wiping all surfaces with sticky wipes followed by a wet wipe to ensure no traces of asbestos remained.