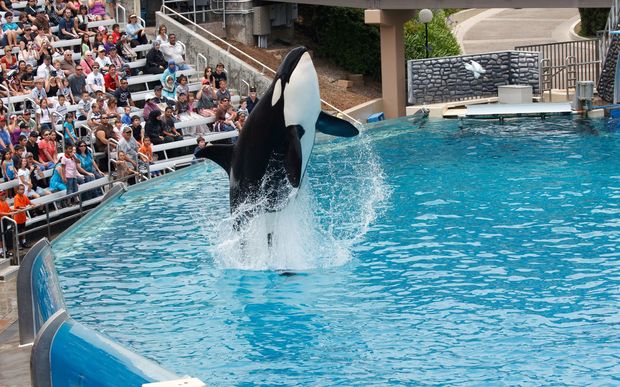 The decision means the orca whales currently at the parks will be "the last generation", the company said.

SeaWorld, which has 12 parks across the US, has faced heavy criticism over alleged poor treatment of its captive orcas, also known as killer whales.

Activists have called for the orcas to be released into the wild but SeaWorld claims they would likely die.

"For as long as they live, the orcas at SeaWorld will stay in our parks," the company said in a Los Angeles Times op-ed.

SeaWorld has previously announced that it would phase out live orca shows.

It said on Thursday it would also also scrap plans for a $100 million project called "Blue World" that would have enlarged its orca habitat at SeaWorld San Diego.

California Congressman Adam Schiff, who was behind an act designed to phase out orca captivity, said: "These changes are something that advocates have been urging for years and I think SeaWorld will find that visitors will reward their actions with a renewed interest in the parks."

SeaWorld's shares rose as much as 6 percent in morning trading following the announcement.

Dramatic displays by the whales are the centrepiece of three parks operated by SeaWorld, in California, Florida and Texas.

The Humane Society of the United States (HSUS) worked with SeaWorld on its new policies and said the announcement signalled "that the era of captive display of orcas will end".

Animal rights group Peta told the BBC that SeaWorld should release all its orcas into sea pens or coastal sanctuaries where they can experience "the natural behaviour that they are denied" in the parks.

SeaWorld stopped capturing live marine mammals decades ago, with the majority of its 29 orcas having been born in captivity. 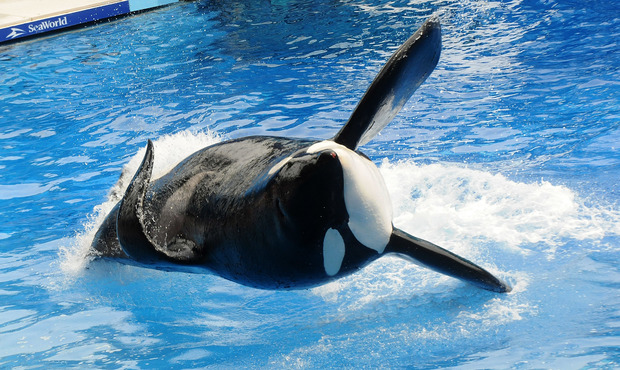 Killer whale "Tilikum" appears during its performance in its show "Believe" at Sea World on March 30, 2011 in Orlando, Florida. Photo: AFP

SeaWorld's treatment of orcas was highlighted in the 2013 documentary Blackfish, which focused on a series of violent incidents involving an orca called Tilikum.

The film also raised questions over the ethics of breeding programmes and practices such as the separation of calves from their mothers.

Since the film was released visitor numbers have fallen at Sea World's main theme parks and its share price has halved.

SeaWorld described the film as inaccurate, misleading and exploitative and launched a multi-million dollar marketing campaign to rebuild its reputation.