A new sugar tax on the soft drinks industry will be introduced in the UK, the chancellor has announced as he unveiled his Budget. 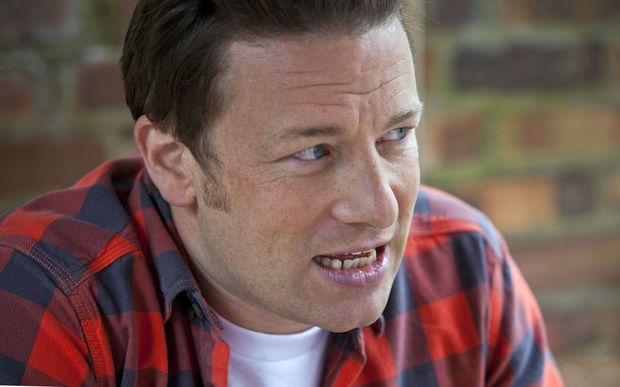 Celebrity chef Jamie Oliver set up a petition backing the tax, and has introduced a sugar levy in his restaurants. Photo: AFP

It is something that has been talked about for some time, but still comes as a surprise.

The move was hailed by campaigners as a significant step in the fight against child obesity.

How will they decide which drinks to target?

The levy was squarely aimed at high-sugar drinks, particularly fizzy drinks, which were popular with teenagers.

Pure fruit juices and milk-based drinks would be excluded and the smallest producers would have an exemption from the scheme.

It will be imposed on companies according to the volume of the sugar-sweetened drinks they produce or import.

Who has been pressing for this?

The whole health community, more or less. In recent years campaigners had been putting forward a vociferous case for why a sugar levy was important in the fight against childhood obesity.

The most high-profile supporter has been TV chef Jamie Oliver, who has introduced a sugar levy in his restaurants. He set up an e-petition that saw more than 150,000 people backing a tax.

England National Health Service (NHS) chief executive Simon Stevens had also spoken out in favour of a tax and has announced the health service would be introducing its own "tax" in hospitals.

Why not on chocolate?

When it comes to a sugar tax, all the emphasis has been on drinks. There are a number of reasons for this.

Firstly, unlike a chocolate bar or slice of cake, drinks were not automatically seen as a treat. People who drink them tend to have them every day.

Secondly, some of the drinks were incredibly high in sugar. A typical can of soft drink contained enough sugar - about nine teaspoons - to take someone over their recommended sugar intake in one hit.

For teenagers fizzy drinks were the number one source of sugar intake while overall, children got a third of their daily sugar intake from them.

They have also been dubbed "empty calories" as they have no nutritional benefit.

What will happen to the money?

Mr Osborne said the money raised - an estimated £520 million a year - would be spent on increasing the funding for sport in primary schools.

There has been pressure on ministers to increase spending in this area to build on the legacy of the 2012 Olympic Games, and in light of the low numbers of children who took part in regular physical activity.

How many children are obese?

At the start of primary school one in 10 children in England were obese (very overweight) and by the end it was one in five.

Taking into account pupils who were overweight, those figures rose to one in five and one in three respectively.

There were fears this could rise even further - although there are some signs obesity rates may be starting to level off.

The issue has been described as one of the most serious public health challenges for the 21st Century by the World Health Organization, while NHS England's Simon Stevens has dubbed it "the new smoking".