A retaliatory missile strike into Gaza has killed a young Palestinian brother and sister as they slept in their home.

The boy, 10, was killed by missile debris, while his sister, 6 was injured and later died in hospital, medical officials said. 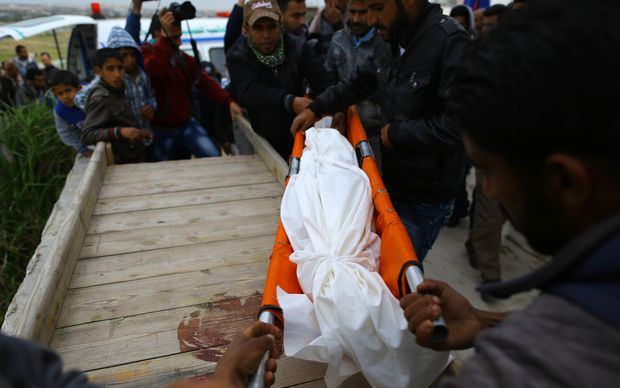 The siblings were living in a prefabricated shelter next to their house, which was destroyed during the 2014 Gaza war, in Beit Lahiya, northern Gaza Strip.

An army spokesperson told the ABC they could confirm the airstrikes, but could not comment on the deaths of the two children.

The airstrikes came after four rockets were fired from the Hamas-held territory into southern Israel late on Friday night. No casualties were reported after the rockets were launched.

One of the camps was reported to have been next to the children's home.

"We will not tolerate the disruption of calm and the daily life of the residents who live around the Gaza Strip ... which is why we reacted strongly against Hamas assets and we will act even more harshly if these attempts continue," Mr Yaalon said.

In a rare threat-implied statement against Israel since the Gaza war, Hamas's armed wing said it would "not accept [Israel's] shedding of the blood of our children".

But it stopped short of vowing retaliation.