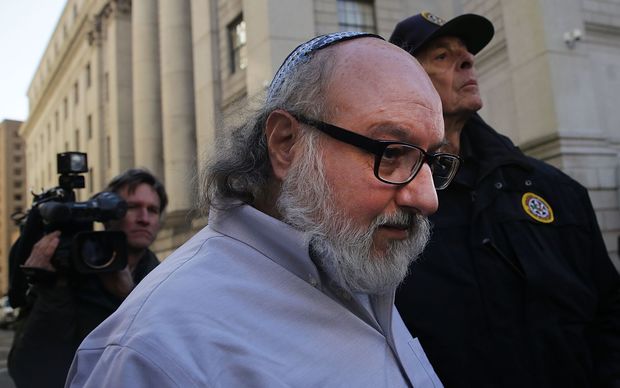 The 61-year-old was freed on Friday morning (local time), ending one of the longest-running and most contentious issues between the US and Israel.

Pollard's parole conditions require him to remain in the US for five years. He has said he wants to move to Israel to be reunited with his second wife.

His release ends an extraordinary espionage case that's been an irritant in United States' relations with Israel for three decades.

Pollard used his position as a navy intelligence analyst to pass reams of classified material to an Israeli handler - suitcases stuffed with documents, including information on the capabilities and programmes of Israel's enemies.

He became a hero in Israel but US intelligence officials saw his actions as an enormous betrayal of national security.

Repeated Israeli appeals over the years for the US to show clemency towards Pollard were rejected.

Pollard must wear a GPS ankle bracelet and submit to inspections of his home and work. He is challenging the terms of his parole, which his lawyers described as "onerous and oppressive".

In Israel, Pollard's many supporters saw him as having been harshly punished for providing information critical to the country's national security. Israeli Prime Minister Benjamin Netanyahu said the Israeli people welcomed his release.

"As someone who has raised Jonathan Pollard's case for many years with US presidents, I have wished for this day."

The US reportedly considered freeing Pollard in 2014 in return for Israeli concessions to the Palestinians during faltering peace talks, before negotiations collapsed.

The Pollard saga has been a long-time strain on relations with the US and there was relief that it was over. However, Israel's cabinet was instructed not to talk about the convicted spy too soon for fear of upsetting Washington.

Pollard passed secret information to Israel for a year in return for payments until his arrest in 1985. He said he had been frustrated by the US withholding "key intelligence" from its ally.

However, some intelligence officials have said that he also offered information to other countries.

After he was questioned by the FBI, Pollard and his then-wife Anne sought asylum at the Israeli embassy in Washington, but were turned away.

Israel initially denied Pollard had spied for them, insisting he had worked with "rogue" officials. But in 1995, Israel granted him citizenship, and two years later admitted he was their agent.

In an interview with the Associated Press in 1998, Pollard said the price he had paid for spying had not been worth it.

"There is nothing good that came as a result of my actions," he said.

"I tried to serve two countries at the same time. That does not work."