The Syrian government has ruled out discussion of the presidency at peace talks due to begin in Geneva on Monday. 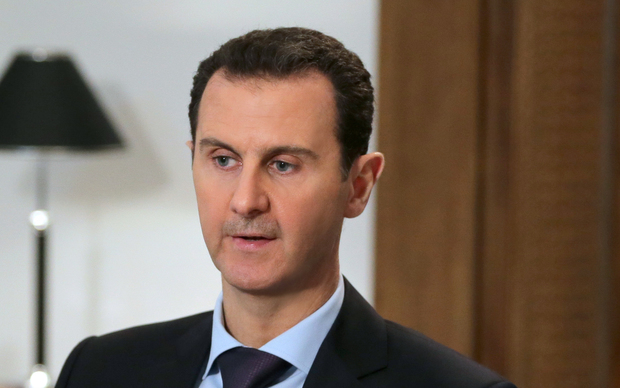 Its foreign minister, Walid Muallem, called Syrian president Bashar al-Assad's position a red line and said the opposition was deluded if it thought it could take power in Geneva.

He said any attempt to include presidential elections on the agenda would be rejected.

The government delegation was travelling to Geneva but would return to Damascus within 24 hours if the other side did not show up, Mr Muallem said. 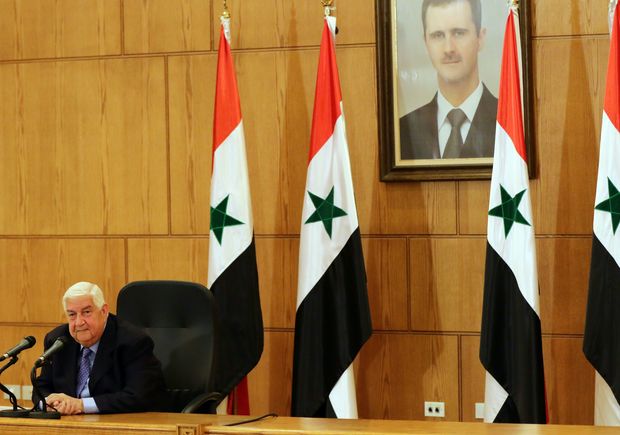 Syrian foreign minister Walid Muallem at a news conference on 12 March in Damascus ahead of the peace talks in Geneva. Photo: AFP

Opposition High Negotiations Committee (HNC) spokesman Monzer Makhous said the minister was putting the nails in the coffin of the Geneva talks.

The HNC said on Friday it would push for an interim government with full executive powers in which Mr Assad and the current leadership would have no role.

Dramatic drop in violence - US

Earlier, the US said violence had fallen dramatically since a cessation of hostilities began two weeks ago.

The ceasefire did not include Islamic State and al-Nusra Front, al-Qaeda's branch in Syria.

US Secretary of State John Kerry said on Saturday that US and Russian officials were meeting to discuss alleged breaches of the temporary truce by government forces.

But he said "perceived" violations of the cessation of hostilities should not derail the Geneva talks.

"The level of violence by all accounts has been reduced by 80 to 90 percent, which is very, very significant.

"We believe that the start of talks this next week in Geneva presents a critical moment for bringing the political solution to the table that we've all been waiting for, even as we extend the humanitarian assistance and continue to try to reduce the violence," he said.

The Syrian Observatory for Human Rights, a monitoring group, said air raids by the Syrian government had killed seven civilians in Aleppo on Friday. The claim could not be independently verified.

More than 250,000 Syrians have been killed and millions more have been forced from their homes in the five years of Syria's civil war, which began with an uprising against Mr Assad.