The situation in Syria remains a top priority for the Security Council to grapple with, says New Zealand's permanent ambassador to the United Nations. 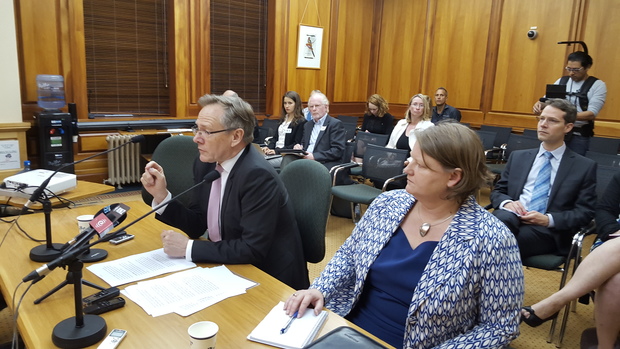 Mr van Bohemen told MPs it had only been in the past few months that the 15-member security council had been able to agree that the fighting should stop in Syria.

He said Russia and China had blocked any attempt up until now for the council to respond.

"We've had five double vetoes cast over the previous four years because Russia and China were not happy with the steps that were being proposed in relation to Syria."

"So the council's ability to deal with those situations has been very, very constrained by these political hostilities."

Two weeks ago the Security Council endorsed a cessation of hostilities agreement aimed at ending five years of bloodshed in Syria.

"The cessation of hostilities that we got a couple of weeks ago seems to be holding which is a great result and we hope that now the peace talks will be able to resume," Gerard van Bohemen said.

The ambassador told the committee New Zealand had been very active on the council in trying to promote a Middle East peace process.

"It's going to be interesting to see how this plays over the next few months. The situation on the ground is very poor. The Israeli political situation is such that getting progress is difficult," he said.

Following the committee meeting, Mr van Bohemen told reporters he was pleased with what New Zealand had been able to achieve on the security council over the past year.

"We've still got 10 months to go, so we're not in the process of congratulating ourselves yet."

"We're respected as a voice and we are listened to."

Gerard van Bohemen said New Zealand's initiative of hosting a breakfast for the 15-council representatives at the start of each month was catching on.

Mr van Bohemen hosted a breakfast at his controversial $11 million taxpayer-funded Manhattan apartment at the start of his chairmanship in July, to discuss the month's agenda.

"Russia was the next one to copy us and they call it a cute idea. They've continued it and everyone's done it since then and so now it's standard practice."

New Zealand will next chair the UN Security Council meeting in September.