Three Paris attackers' names appear in files leaked from Islamic State (IS), according to German media. 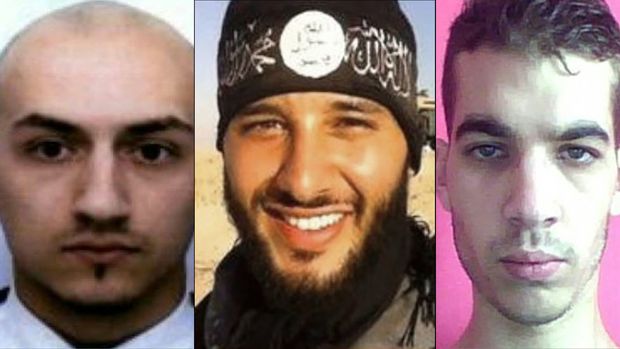 The three were believed to have carried out the worst of the Paris attacks, at the Bataclan theatre, where 90 people died.

The IS files, obtained by German, UK and Syrian opposition media, were said to identify thousands of jihadist recruits from at least 40 countries.

German officials said the files could be assumed to be genuine.

About 22,000 fighters were reportedly identified by the documents, with one file for each recruit, listing a name, address and other information.

Among them are Samy Amimour, Foued Mohamed-Aggad and Omar Ismail Mostefai, the three men who attacked the Bataclan during a concert by Eagles of Death Metal.

The documents were obtained by German public broadcasters WDR and NDR and daily newspaper Sueddeutsche Zeitung.

WDR said the files indicated the three men entered IS territory in 2013 and 2014.

Sky News said the documents came from a man called Abu Hamed, an IS fighter who said he had become disillusioned with the group's leadership and had stolen a memory stick from the head of the IS internal security force before handing it over in Turkey.

Sixteen Britons were reportedly named in the files, including Junaid Hussain and Reyaad Khan, who were killed in September in Syria by an RAF drone strike.

Two others listed, Kerim Marc B and Abdelkarim B, are currently on trial separately in Germany, while another two Germans on the list, Farid Saal Yassin Oussaiffi, have appeared in IS videos. 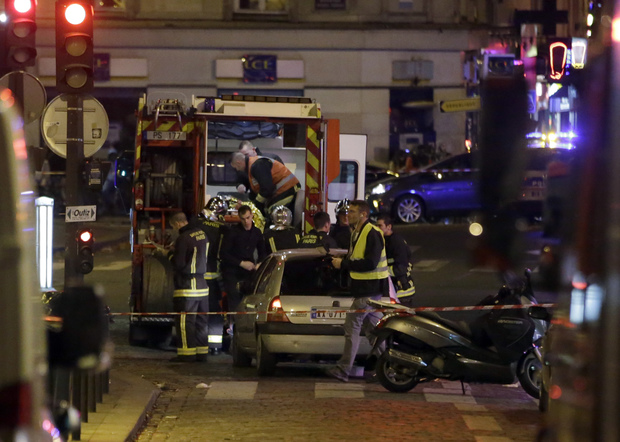 Rescue workers evacuate a man on a stretcher near the Bataclan arts centre. Photo: AFP

Dutch media identified Abu Jihad al-Hollandi from the documents as Amsterdam teenager Achraf Bouamran, who was killed in a US air strike on the Syrian IS stronghold of Raqqa in January 2015.

Counter-terrorism police in Germany were studying the documents.

"The German Federal Bureau of Investigation acts on the assumption that the documents are authentic," Mr de Maiziere said.

United Kingdom Home Secretary Theresa May said she could not comment on "specific national security matters".

IS "poses a severe threat ... it is important for us to work together to counter this threat", she said.

French Interior Minister Bernard Cazeneuve said he was extremely interested in information which would allow France to neutralise terrorists, but that information had to be authenticated.

"It gives some proof on the state of Isis [IS] right now, since many of those members and those being close to the terrorist group are trying to make money, quite honestly, because obviously the Isis is in a desperate financial state," he said.

Some analysts raised questions about the authenticity of the documents, noting inconsistencies in language and other oddities in the recruitment questionnaires.

But none of that was conclusive. The documents were clearly not intended for public consumption, so those who drafted the questionnaire may not have paid as much attention to detail as for public documents.

The documents were also from two years ago, so should be compared with documents from then.