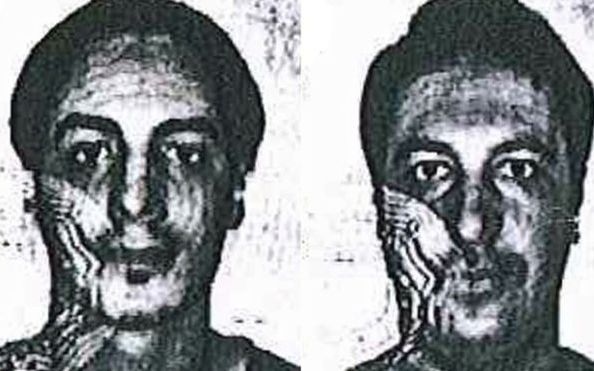 The pair are "armed and dangerous" and are thought to have helped Abdeslam travel to Hungary in September.

Investigators say Abdeslam may have driven the suicide bombers at the Stade de France to their target on the night of the Paris attacks.

The assaults on 13 November left 130 people dead and more than 350 wounded.

"The Federal Prosecutor's Office and the investigating judge wish to appeal to the public again to look out for two new suspects the investigators are actively searching for," the prosecutor's statement said.

Abdeslam's precise role in the attacks remains unclear. There are suggestions he was meant to carry out a suicide attack on the night but decided against it.

The name Soufiane Kayal was used to rent a house searched in November after the Paris attacks.

The identity card of Samir Bouzid was used to transfer money to Hasna Aitboulahcen, the cousin of attacks ringleader Abdelhamid Abaaoud, four days after the attacks, police said.

Both Aitboulahcen and Abaaoud were killed in a police raid on the Paris suburb of Saint-Denis, along with a third, as-yet unidentified person.

Earlier on Friday, the Paris cafe La Bonne Biere became the first of the venues targeted during the co-ordinated assaults to reopen its doors.