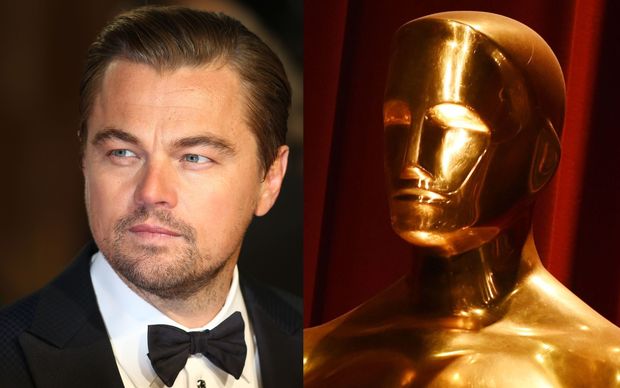 Leonardo DiCaprio has been nominated for best actor for 'The Revenant'. Photo: AFP

Survival drama The Revenant, in which he played legendary frontiersman Hugh Glass, is also seen as a strong contender for best picture and best director.

The ceremony gets under way at the Dolby Theatre in Los Angeles at 5.30pm local time (2.30pm NZT).

But it is being boycotted by some Hollywood figures who are protesting about the lack of ethnic diversity among this year's nominees.

All 20 nominees in the best acting or supporting acting categories are white.

The black comedian is known for dealing with racial issues in his routines and it is expected he will make reference to the recent controversy. 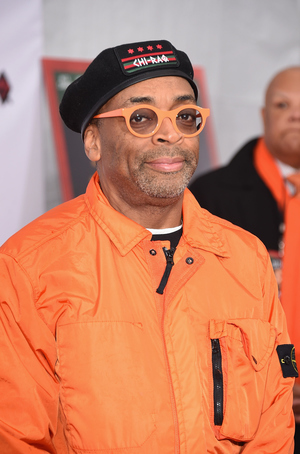 Earlier this month, director Spike Lee - who was one of the first figures to speak publicly about the lack of diversity - said the boycott had been vindicated by the response from organisers.

The Academy of Motion Picture Arts and Sciences, which hands out the Oscar honours, announced it would double its number of women and ethnic minority members by 2020 after the protests.

The Oscars take place two weeks after DiCaprio won a Bafta for best actor - often a good indicator of Academy Awards success. He has never won a best actor Oscar before, despite three previous nominations and relentless campaigning from fans.

The 41-year-old is up against Eddie Redmayne, Bryan Cranston, Matt Damon and Michael Fassbender for the statue.

The Revenant faces tough competition in the best picture category from The Big Short and Spotlight.

The Big Short was not initially seen as the favourite to triumph, but its chances were boosted after it won the top prize at the Producers Guild Awards (PGA). The best picture winner at the PGAs has gone on win the same award at the Oscars every year for the past eight years.

Brie Larson is up for best actress alongside Saoirse Ronan, Charlotte Rampling and previous winners Cate Blanchett and Jennifer Lawrence - the latter has already picked up a Golden Globe for her performance in Joy.

Kate Winslet stands a strong chance of taking home best supporting actress after winning in the category both at the Golden Globes and the Baftas.

She is up against Jennifer Jason Leigh, Rooney Mara, Alicia Vikander and Rachel McAdams.

Brooklyn, about a young Irish woman who emigrates to Brooklyn in New York in the 1950s, is also in the running for best picture - after winning the award fortop British film at the Baftas.

The film's producer, Wellington-born Finola Dwyer, told Morning Report it was exciting to be acknowledged by her peers.

This year's event could be a turning point for the industry, which needed to be less conservative and fund more diverse films, she said.

"I think the lid has been lifted, and as I say it's been talked about a lot.

"I think sometimes it's probably because people think, oh, those films will never get made, or the studios don't want to do them, or it's too hard to get financed. We've had to push, always push, incredibly hard to get our stories told in the way we want to tell them."

She was preparing for the event with a big breakfast before heading to the gym, she said. 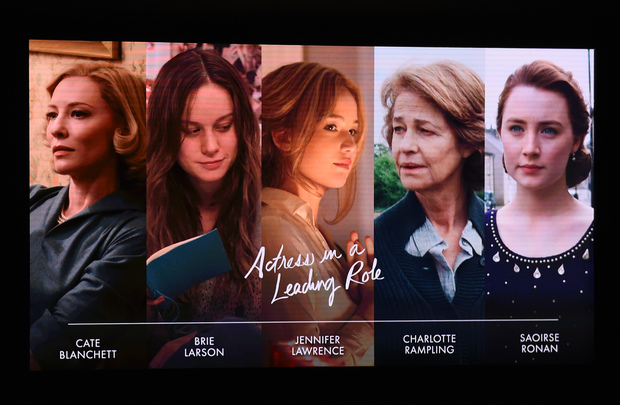 The five Oscar nominees for best actress were announced at an event in Beverly Hills in January. Photo: AFP 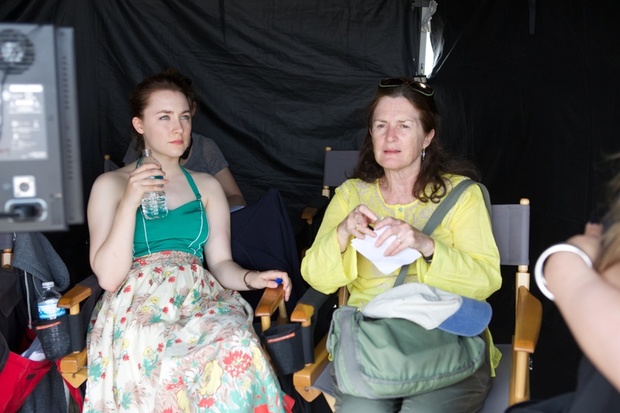