Pledges made to double the number of female and minority members of the organisation behind the Oscars have been welcomed by Hollywood figures. 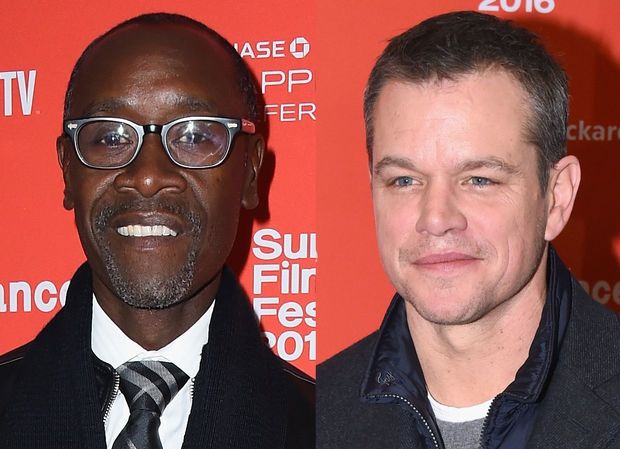 The Academy announced the changes following a backlash over the lack of diversity in this year's Oscar nominations.

The all-white line-up in the four acting categories prompted director Spike Lee, actress Jada Pinkett Smith and her husband Will Smith to announce they would not be attending next month's awards.

Actor Don Cheadle called the measures to increase the number of women and minorities "a step in the right direction".

Oscar nominee Matt Damon also praised the initiatives, but added the industry had "a long, long, long way to go".

Three new seats will be added to the Academy's board of governors to improve diversity in leadership, while voting rights will be stripped from those who have not been active in the industry for the past decade.

"The Academy is going to lead and not wait for the industry to catch up," said Academy president Cheryl Boone Isaacs in a statement.

"These new measures regarding governance and voting will have an immediate impact and begin the process of significantly changing our membership composition."

Speaking at the Sundance Film Festival in Utah, Cheadle said he applauded the Academy's attempts to do something about an issue that has threatened to overshadow this year's ceremony.

"But people really have to have access to tell the stories they want to tell," he continued.

"So what we really need is people in positions to greenlight those stories, not a hunk of metal."

Writing on Twitter, Selma director Ava DuVernay - whose omission from last year's best director shortlist was the source of some controversy - said "shame [was] a helluva motivator".

Shame is a helluva motivator.

The film-maker said the new measures represented "one good step in a long, complicated journey for people of colour [and] women artists".

Spike Lee also expressed qualified support for the new measures, describing them as "a start".

"I commend the Academy for what they've done," he continued, while reiterating his own pledge that he would not be attending on 28 February.

Damon, who is up for best actor for his role in The Martian, said the moves were "a wonderful first step" but said Hollywood must do "much, much, much more'' to more accurately reflect society.

The producer of this year's Academy Awards telecast has confirmed that comic Chris Rock will host the ceremony as planned.

He had faced calls to relinquish the role in protest against the lack of diversity in this year's nominees, but his producer said , said the comedian was rewriting material for next month's show to reflect the fact that "things [had] got a little provocative".

Dustin Hoffman, Sir Michael Caine and Oscar nominee Charlotte Rampling are among those to have offered opinions in recent days on the Oscars diversity row.

Their ranks have been joined by Dame Joan Collins, who has turned to Twitter to express her displeasure at Lee's description of the Oscars as a 'lily white' event.

"I'm a voting Oscar member [and] I nominated Idris Elba for [his] great performance in Beasts [of No Nation]," she told her followers on Saturday.