The Revenant is leading the race for the 2016 Oscars with 12 nominations, with Mad Max: Fury Road scoring 10.

The Revenant's star, Leonardo Di Caprio, who has yet to win an Oscar, will compete with Bryan Cranston, Matt Damon, Michael Fassbender and Eddie Redmayne for best actor.

Both films are nominated for best picture, along with The Big Short, Bridge of Spies, Brooklyn, The Martian, Room and Spotlight. 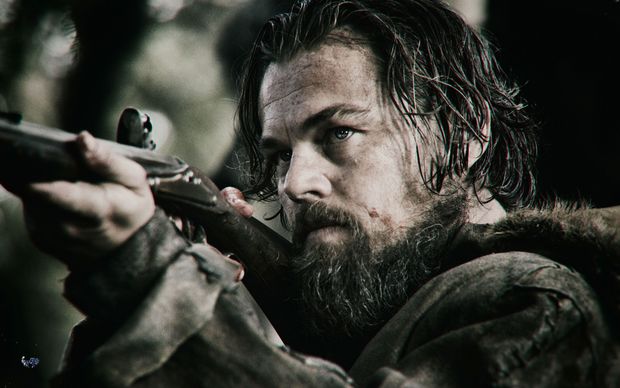 The Revenant is leading the race for the 2016 Oscars. Photo: AFP

In the best actress category, previous Oscar winners Cate Blanchett and Jennifer Lawrence are up against Brie Larson, Charlotte Rampling and Saoirse Ronan.

Redmayne, nominated this year for his role as transgender pioneer Lili Elbe in The Danish Girl, won the 2015 Academy Award for his performance as Stephen Hawking in The Theory of Everything.

DiCaprio has been nominated four times but has yet to win an Academy Award.

The best actor category also sees nominations for Fassbender for biopic Steve Jobs, Damon for space saga The Martian and Cranston for Trumbo, in which he portrays real-life Hollywood screenwriter Dalton Trumbo.

Veteran British actor Rampling, in marital drama 45 Years, faces competition in the best actress category from Blanchett for Carol, Larson for Room, Lawrence for Joy and Ronan for Brooklyn.

The Oscar winners will be announced at the 88th Academy Awards ceremony in Los Angeles on 28 February.