Republican presidential hopeful Ted Cruz has asked his campaign spokesman to resign after the staffer promoted a doctored video of rival Marco Rubio. 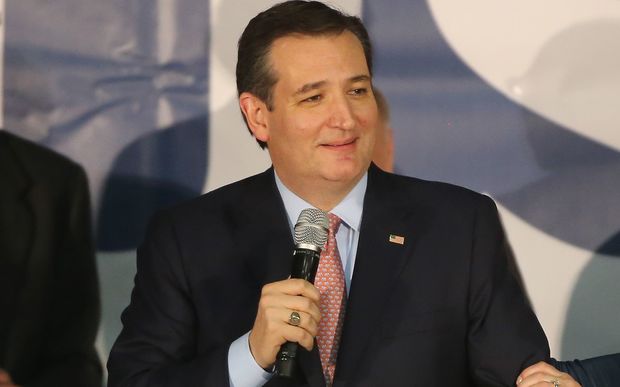 Rick Tyler tweeted a story and subtitled video that showed Mr Rubio referring to the Bible as a "good book" with "not many answers in it".

Mr Rubio's campaign said he actually said: "All the answers are in there."

The call comes after the Cruz campaign has been repeatedly accused of "lies" and "dirty tricks" by rival campaigns.

"Our campaign should not have sent it," Mr Cruz told reporters on Monday. "We are not a campaign that is going to question the faith of another candidate for president."

Mr Tyler, the Cruz campaign's communication director, apologised to the Rubio campaign in a post to Facebook.

"I've deleted the post because I would not knowingly post a false story," Mr Tyler said. "But the fact remains that I did post it when I should have checked its accuracy first. I regret the mistake."

Other Republican candidates Ben Carson and Donald Trump have previously criticised the Cruz campaign after his staffers were accused of falsely telling voters that Mr Carson had dropped out of the race just hours before the Iowa caucuses.

Mr Cruz apologised to the Carson campaign, but the issue has lingered in the race.

While Mr Trump is currently leading the Republican field after big wins in New Hampshire and South Carolina, Mr Cruz and Mr Rubio are in a tight race for second place.