The Pope has questioned Donald Trump's Christianity over his call to build a border wall with Mexico. 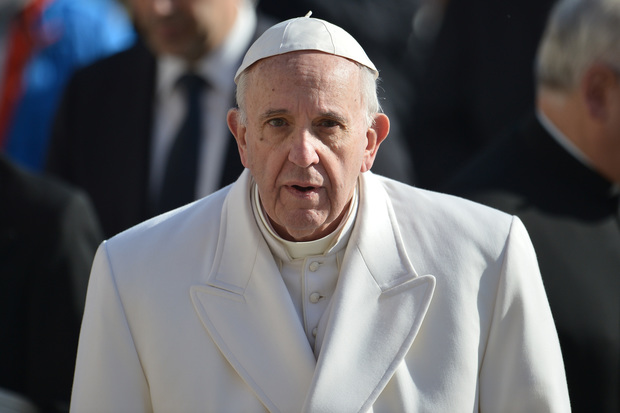 "A person who thinks only about building walls... and not of building bridges, is not Christian," Pope Francis said.

Mr Trump called himself a "proud Christian", and blamed Mexico for the Pope's remarks, which he labelled "disgraceful".

Mr Trump had alleged Mexico sent "rapists" and criminals to the US.

Pope Francis made the comments at the end of a trip to Mexico.

"A person who thinks only about building walls, wherever they may be, and not of building bridges, is not Christian. This is not the gospel," he said.

He declined to say whether Americans should vote for Mr Trump, who was leading the Republican race for president.

"I say only that this man is not Christian if he has said things like that. We must see if he said things in that way and I will give him the benefit of the doubt," the Pope said.

In response to a question about whether contraception could be used to prevent Zika virus Pope Francis said for some cases the "lesser of two evils" could be used. He said abortion "is a crime, an absolute evil", but avoiding pregnancy was not. 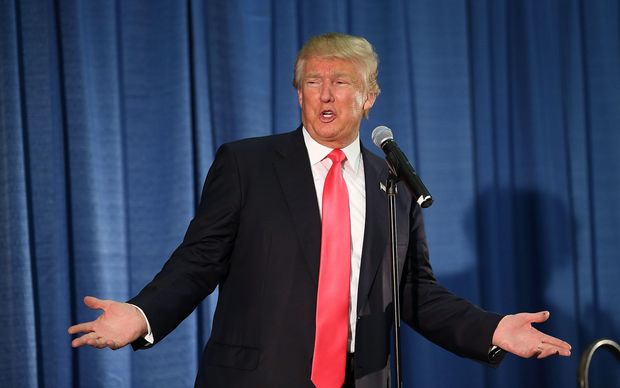 Donald Trump says he is a proud Christian. Photo: AFP

Addressing a rally in South Carolina, Mr Trump responded to the Pope's comments.

"[The pope] said negative things about me. Because the Mexican government convinced him that Trump is not a good guy," he said.

He also said the Vatican was the Islamic State's "ultimate trophy", and "if and when" the group attacked it "the Pope would have only wished and prayed that Donald Trump would have been President because this would not have happened".

"Jesus never intended to give instructions to political leaders on how to run a country," he said.

Trump's religious views: In his own words

- His proposed Muslim ban: "Until we are able to determine and understand this problem and the dangerous threat it poses, our country cannot be the victims of horrendous attacks by people that believe only in Jihad, and have no sense of reason or respect for human life." (December 2015)

- Muslims in general: "And by the way, many, many, most Muslims are wonderful people, but is there a Muslim problem? Look what's happening. Look what happened right here in my city with the World Trade Center and lots of other places." (2011)

- His daughter having converted to Judaism: "I want to thank my Jewish daughter. I have a Jewish daughter ...This wasn't in the plan but I'm very glad it happened." (February 2016)

"I don't think he understands the danger of the open border we have with Mexico," Mr Trump said.

"And I think Mexico got him to do it because Mexico wants to keep the border just the way it is, because they're making a fortune and we're losing."

American Catholics were seen as an important voting bloc in US elections. Many supported Republican candidates because of their opposition to abortion and gay marriage.

Mr Trump had been courting the evangelical Christian vote, often successfully, but his fellow Republican rivals had tried to argue his religiosity was not sincere.

Ted Cruz's campaign was now running an advertisement featuring an old television interview Mr Trump gave in which he said he was "very pro-choice" when it comes to abortion.

In January Mr Trump faced ridicule after flubbing a Bible verse when he gave a speech to a Christian university in Virginia.

He has said he was a Presbyterian Christian but has had trouble recalling his favourite Bible verse when asked.

He has referred to communion, the Christian sacrament meant to signify Jesus' last supper, as having "the little wine" and "the little cracker."