ANALYSIS: In the race for snappy headlines and simple stories, it's easy to forget the overall race. So here are few quick takeaways from Iowa. 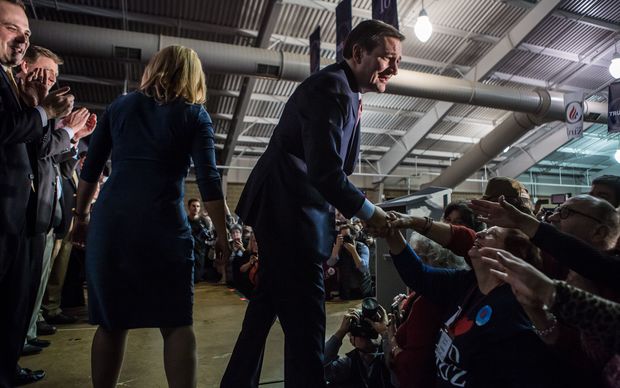 How do you win?

The point of these state-by-state contests is not to win the state but to gain as many delegates as possible for the national conventions which will select the party candidates in July.

In some contests the winner takes all, but not in Iowa.

Despite the headlines the Democrat result it isn't Clinton 1 Sanders 0; or a tie. Hillary Clinton got 28 delegates, Mr Sanders got 21. Including superdelegates (party officials, members of Congress etc) Ms Clinton now has 384, Mr Sanders 29.

To win the Democratic nomination you need 2242 delegates - so there's a long way to go yet, but Ms Clinton is well in front.

Yes, Mr Sanders did very well against a political giant, but Iowa is arguably Sanders-friendly territory having more liberal Democrats and a white population.

If he can't beat Ms Clinton there he'll lose badly in more Clinton-friendly territory such as South Carolina - the third contest.

Ted Cruz won the popular vote but only got 8 delegates. Donald Trump and Marco Rubio got 7 each. So not much in it.

Iowa was a Cruz-friendly state and he organised a huge, impressive and expensive ground game, so a narrow win isn't actually a great sign for him.

Money isn't everything. Jeb Bush spent the most in Iowa, nearly $15 million, and gained 2.8 percent of the Republican vote for just one delegate. That's one very expensive delegate.

He probably won't quit yet though, he has lots of money left. Although some money promised to him may wander off and start flirting with Mr Rubio.

Mr Rubio's the new secret hope of the Republican mainstream. He'll get big support from Republican party officials who hate Mr Cruz and fear Mr Trump and are sure both would get walloped in the General Election.

Pollsters did better than expected. Last year saw lots of unexpected election results and polling is getting harder. Polling caucuses is much harder than primaries but even so the pollsters did very well in Iowa.

Results were largely within the margin of error (Cruz plus 4 percent, Trump minus 2 percent) except for Mr Rubio's unexpected boost (up to 8 percent beyond estimates).

Iowa is the first knock-out punch. Martin O'Malley has quit, Mike Huckabee has quit, the long Republican tail is mostly now toast. Carly Fiorina, Chris Christie, Rand Paul, Ben Carson will surely quit soon but most will wait until at least after New Hampshire, depending on their bank balances. And they won't officially quit, they'll suspend their campaigns so the money can keep flowing.

Next week is New Hampshire

Mr Sanders will also do well there. He's a Vermonter, so gets neighbour-state support, and NH is, like Iowa, very white.

Mr Cruz will do less well in New England; Vermont Republicans are less religiously conservative. Mr Rubio and Mr Trump may improve and Chris Christie will be betting the bank on New Hampshire and will likely quit if his numbers don't improve there.