A British heterosexual couple who want to have a civil partnership rather than get married have lost a legal challenge.

Rebecca Steinfeld and Charles Keidan, from London, were told in 2014 that they could not have a civil partnership because they did not meet the legal requirement in the UK of being of the same sex. 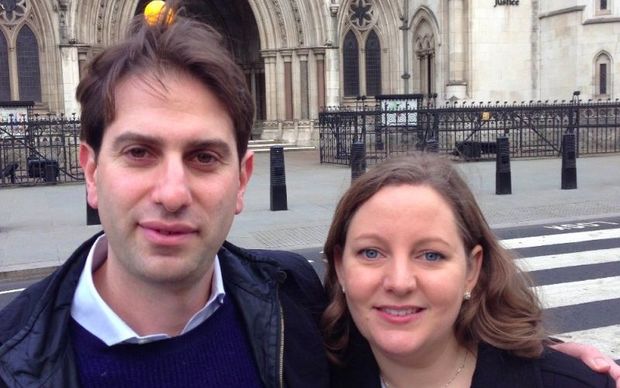 They took their case to the High Court saying they faced discrimination but Mrs Justice Andrews dismissed their claim for a judicial review. The couple have said they intend to appeal.

One of the government's arguments was that now gay couples are able to marry, civil partnerships might be abolished or phased out in the future, and changing legislation before then would be "costly and complex".

A government spokesperson welcomed the ruling, saying the "current regime of marriage and civil partnership does not disadvantage opposite sex couples".

Ms Steinfeld, 34, and Mr Keidan, 39, said they wanted to commit to each other in a civil partnership as it "focuses on equality" and did not carry the patriarchal history and associations of marriage.

However, the Civil Partnership Act 2004 - which applies throughout the UK - requires that partners be "two people of the same sex". It grants gay couples legal rights similar to those given to married couples.

The introduction of same-sex marriage - which became legal in England, Wales and Scotland in 2014 - has since given gay couples a choice between that and civil partnership.

Ms Steinfeld and Mr Keidan argued that, as a heterosexual couple, they did not have the same choice as gay couples and were therefore discriminated against.

Current legislation was "incompatible" with their right to a private and family life, they said.

The government argued that civil marriage was an institution that protected the core values of family life and was entirely egalitarian, and that where the objection was ideological there was no infringement of rights.

Mrs Justice Andrews ruled that the different treatment of gay and opposite-sex couples did not infringe the right to a private and family life enshrined in Article 8 of the European Convention of Human Rights.

And even if it did, maintaining the different treatment is justified, essentially because opposite-sex couples can enter civil marriages, which are egalitarian and encompass the core principles of family life.

After the ruling, Ms Steinfeld said the ruling undermined equality in the United Kingdom.

"And we know that that disappointment will be shared in the court of public opinion because we have 36,000 people who've signed our change to all petition supporting opening up civil partnerships to all."

Mr Keidan said "the fight goes on" and there was still a chance "for this wrong to be righted in time".

In New Zealand, couples of the same sex or of different sexes are able to enter into a civil union. Same sex marriages became legal in 2013.

Under New Zealand's Civil Union Act 2004, married couples who want to stay in a relationship with each other can change the marriage to a civil union without having to formally dissolve the marriage. Likewise, a couple in a civil union can transfer it to marriage.