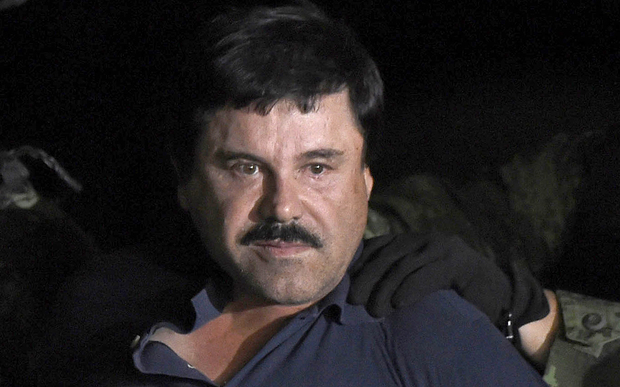 Guzman told Mr Penn in the interview published in Rolling Stone on Saturday (local time) that he sent tunnel engineers to Germany for training prior to his prison break through a mile-long passage to his cell last year.

Guzman, the legendary boss of the Sinaloa drug cartel, was arrested in northwest Mexico on Friday morning (local time), and sent back to the jail he broke out of in July through a mile-long tunnel that led straight into his cell.

Mexico now aims to extradite him to the United States as soon as possible after recapturing him following a bloody shootout and frantic search in which the wily kingpin almost gave pursuers the slip again.

The interview, which is the latest twist in Chapo's larger-than-life career, and also features video clips of the drug lord in a colourful shirt and black cap in a rural setting, gives rare insight into the life of an almost mythical figure.

Mr Penn calls it "the first interview El Chapo had ever granted outside an interrogation room." 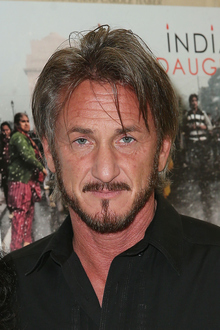 Mexico's government was aware the interview was being conducted, and was closely monitoring all movements, a government source said.

In the interview, brokered by Mexican actress Kate Del Castillo, who herself played a Mexican drug queen in a well-known soap, Mr Penn said Guzman sent engineers to Germany for three months of training on how to avoid problems when excavating near "the low-lying water table" beneath the prison.

Mexico to hand over El Chapo to US

The Mexican attorney general's office said it will begin the process of extraditing the recaptured drug lord to the US.

It said the move was in line with US extradition requests from 2014.

Guzman, who was one of the world's most wanted drug traffickers, escaped from a maximum security prison in July through a tunnel dug in the showers.

That was his second escape - he was first arrested in Guatemala in 1993 and escaped from Puente Grande jail in 2001, reportedly in a laundry basket after bribing officials.

Previous requests from the US have been turned down.

The Mexican government has clearly decided that it may never be able to hold Joaquin Guzman behind bars.

He has managed to escape from two high-security prisons so far and he is still a man with huge wealth and the capacity to bribe.

So they have decided to hand him over to the Americans. The US will be keen to glean from Guzman information about his cartel and also about how many Mexican officials he has in his pay.

The information could be embarrassing to President Enrique Pena Nieto, who has done little to fight corruption in Mexico. But whether Guzman would be prepared to enter into a plea bargain with the Americans remains uncertain.

No detail was given about the time frame for an extradition but experts say the process could take months.

The attorney general's office said that lawyers for Guzman would have three days to file objections and 20 more days to prove them, though that timeframe could be extended, AFP news agency reported. 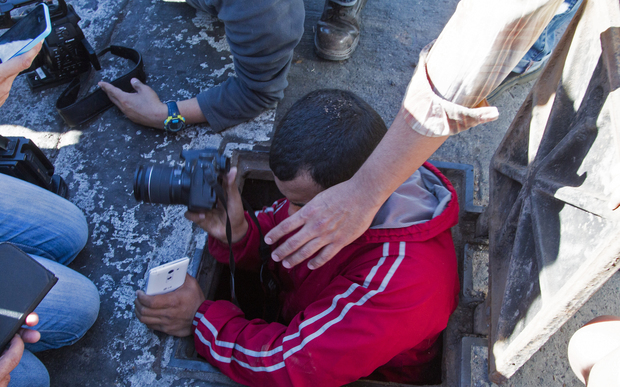 A journalist enters a manhole of the sewer system through which drug kingpin Joaquin "El Chapo" Guzman tried to escape. Photo: AFP

The US filed requests in 2014 for his extradition so he could face charges of smuggling vast amounts of drugs into the country.

Guzman, who was named Public Enemy Number One by the Chicago Crime Commission in 2013, has been indicted by at least seven US federal district courts.

Guzman was arrested on Friday (local time) in the north-western city of Los Mochis in his home state of Sinaloa - which he had come to dominate through his drugs cartel.

During the raid, he managed to flee through a drain but was later caught by marines in a shootout.

Five suspects were killed in the operation and one marine wounded.