FEATURE: It's one of the most talked about publications of the year. It's not a new book. And it's not even a well-written book. But Mein Kampf, by Adolf Hitler, which has hit German bookshops for the first time in 70 years, is certainly attracting attention. 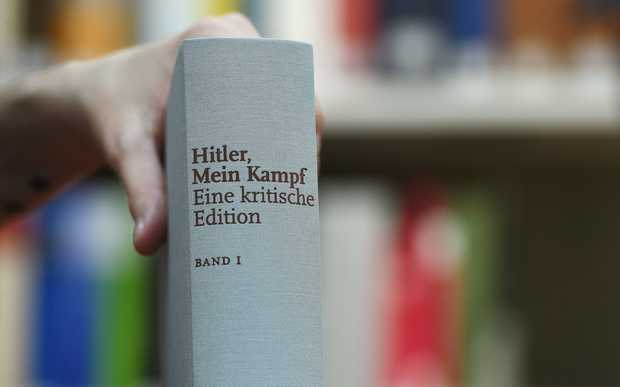 Hitler's anti-Semitic tirade is seen as the forerunner to the Holocaust. But that is also why historians want it republished.

Hitler wrote it mostly while in prison in the mid-1920s, and academics say it helps explain the Nazis' crazed ideology when they came to power less than a decade later.

As such, they say, it's a crucial academic text. Not pleasant reading, but essential to understanding the Holocaust and Hitler's brutal rule.

Surprisingly, some Jewish groups have also supported this edition.

This is an annotated, critical version, with thousands of academic notes.

And without this republication, the only hard copies available in Germany would be the pre-1945 Nazi editions, still found in second-hand bookshops or online. Those are certainly not critical. 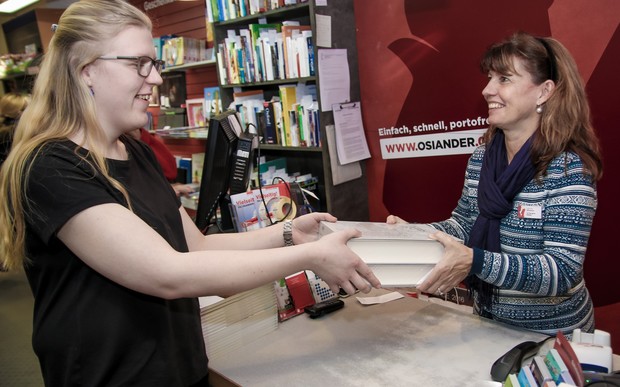 'Hitler, My Struggle - A critical Edition' in English, is seen in a book-store in Schleswig-Holstein, Germany. Photo: AFP

The idea is that republishing Mein Kampf will help undermine it.

Until now, the copyright has been in the hands of the Bavarian government. But because 70 years have now passed since the the death of the author - in this case, Adolf Hitler - that copyright has expired.

Germany could ban it. After all, the swastika and other Nazi symbols are outlawed, under incitement-to-violence laws.

Germans see that not as an infringement of free speech, but as a way of guaranteeing it, by not allowing fascist groups to intimidate minorities.

But the problem with banning Mein Kampf is that this could simply increase its power.

It would fuel the neo-Nazi propaganda that claims that modern Germany stamps out dissent from far-right groups.

There is also a feeling that outlawing the book would simply add to its mystique. Much better to destroy the myth, is the hope. 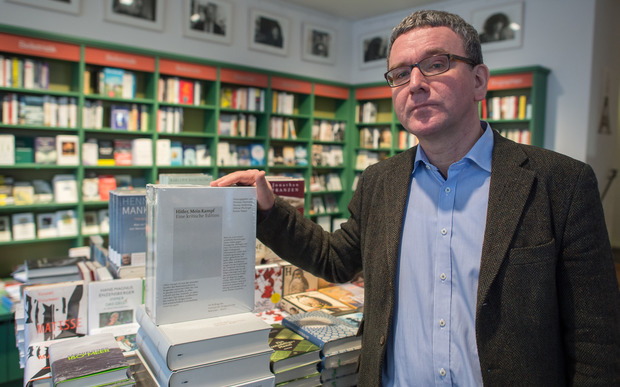 Michael Lemling, manager of the bookstore Lehmkuhl, poses next to a stack of editions of 'Hitler, Mein Kampf - eine kritische Edition' (lit. Hitler, My Struggle - a critical edition) at his bookstore in Munich, Germany. Photo: AFP

Actually reading it, rather than regarding the book as dangerous and seductive, takes away any power from a text that is clearly nothing more than an incoherent and badly written rant.

So, using incitement laws, Germany's authorities have decided to restrict publication: an annotated, academic edition will be allowed - but not other uncritical editions.

But Germans are still distinctly uncomfortable with the idea that they might suddenly start seeing the Fuehrer's face adorning shop windows, not to mention the moral issue of making a profit out of an anti-Semitic text written by Hitler.

That is why some bookshops have said they will not stock the book. And they are certainly not displaying it.

The biggest bookshop in Berlin, Dussmann, told us that they have one copy available on shelves in the history section. 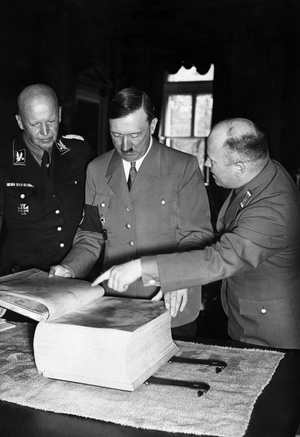 But the store will not advertise it in any way. And more copies will only be available on order.

Clearly any short-term business opportunity that might come from the media buzz would be more than undermined by the bad press a bookshop would get if sales were boosted thanks to Hitler.

But over the past few years, attitudes towards Hitler have changed.

I remember the media furore 10 years ago when Swiss-born actor Bruno Ganz played Hitler in the film Downfall.

There were nationwide debates about whether audiences would sympathise with Hitler as he met his end in the bunker.

Last Autumn, it was a comedy about Hitler that went straight to the top of the box office chart. There were the same debates.

But this time round, they felt more like debates the media was having with itself, rather than anything people were actually talking about.

Possibly, that is because over the past decade there have been plenty of comedies showing Hitler as ridiculous.

And for many young Germans, whose grandparents may have been born after Hitler died, the idea that they are guilty seems odd. 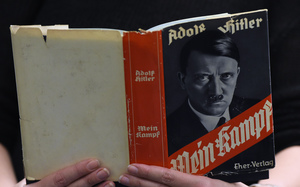 The original Mein Kampf book was written by Hitler when he was in prison in the mid 1920s. Photo: AFP

After 1945, Germany's constitution was set up as a reaction against Hitler's brutal treatment of political opponents.

Which is why Article 16a stipulates that anyone fleeing political oppression has a right to asylum in Germany.

Closing the door to refugees, Chancellor Angela Merkel has argued, would mean changing the country's constitution.

The shadow of the Nazis is also why the current debate over the sexual harassment of more than 100 women in Cologne on New Year's Eve is particularly difficult.

The attackers appeared to be of Arabic or North African origin.

For far-right extremists, this is an ideal opportunity to enflame xenophobia using an old Nazi trope: the pure German woman abused by the "foreigner."

Hitler's book may be back in the mainstream. But Germans are determined to make sure that his ideas never are.