Mother Teresa of Calcutta, the Nobel laureate who dedicated her life to helping the very poor, will be made a saint in September next year, the Vatican announced. 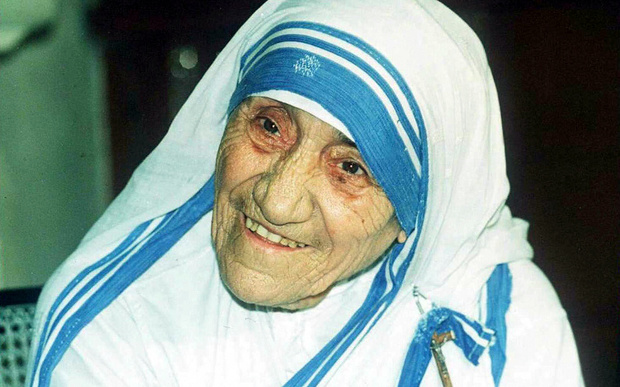 A spokesperson said Pope Francis had cleared the way for her sainthood by approving a decree recognising a miracle attributed to her intercession with God.

"The Holy Father has authorised the Congregation for the Causes of Saints to proclaim the decree concerning the miracle attributed to the intercession of blessed Mother Teresa," the Vatican said..

It was believed to be the inexplicable healing of a Brazilian man suffering from multiple brain tumours, in 2008.

Catholic commentator Clifford Longley said the church judges it a miracle when there is no other explanation.

"There are a small number of cases that medical science can't explain and they look for a miraculous explanation as a sign God wants that particular person to be known as an outstanding and holy figure, an example to be followed."

Mother Teresa, who died in 1997, was born in August 1910 to Albanian parents in what is now Skopje in Macedonia.

She was beatified - the first step towards sainthood - in 2003 and is expected to be canonised in either Rome or India. 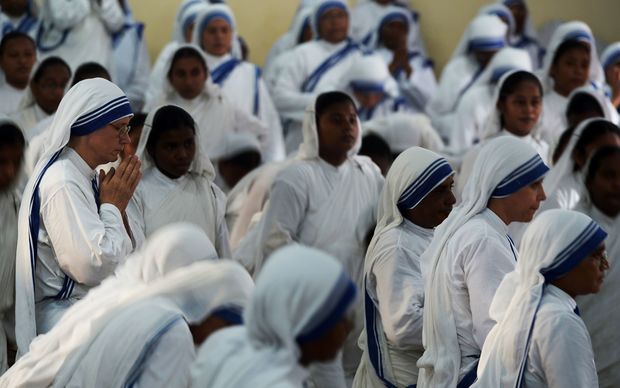 Nuns from the Missionaries of Charity attend mass to commemorate the 105th birthday of Mother Teresa in Kolkata. Photo: AFP

Mother Teresa won the Nobel Peace Prize for her work with the poor in the slums of the Indian city of Kolkata (Calcutta).

Sister Christie, a spokeswoman for the Missionaries of Charity, which Mother Teresa founded in 1950, said the charity was delighted by the news.

"Obviously all of us at the Missionaries of Charity are extremely happy. But we do not have any plans to celebrate this announcement as yet," she said.